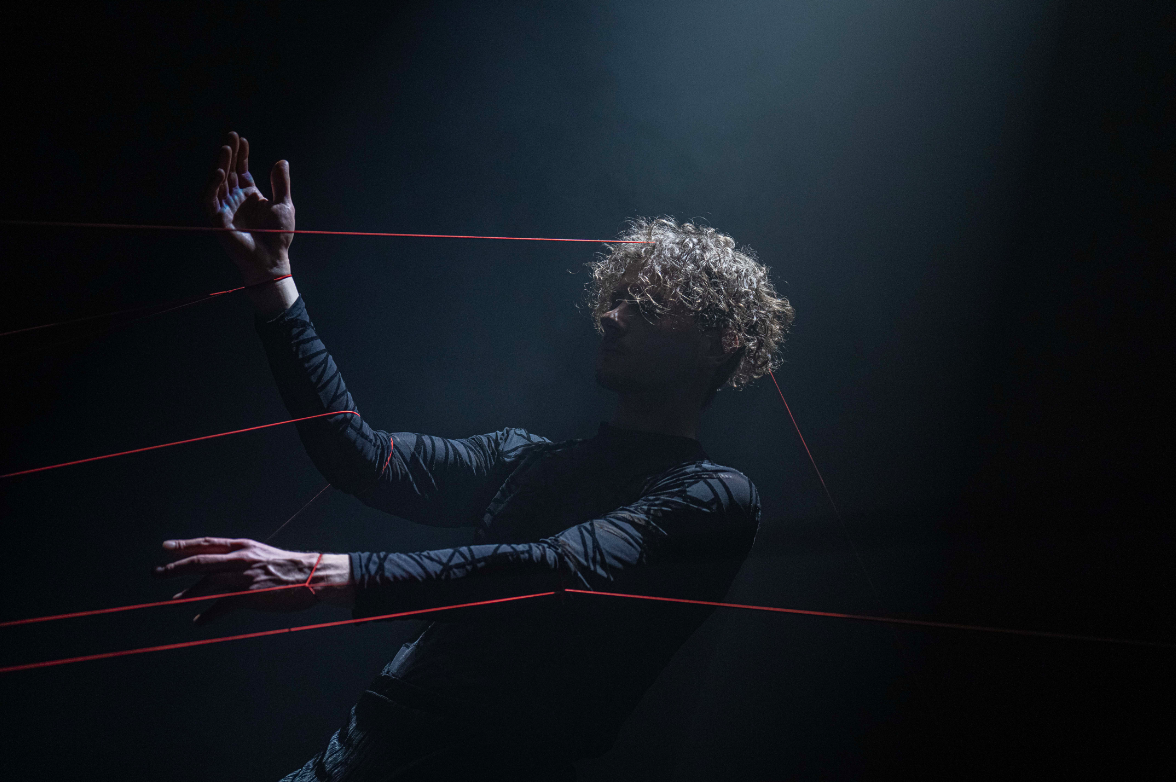 Where nothing is in its place, lies disorder. Where in the desired place there is nothing, lies order. ─ Brecht

Where do our thoughts come from? Do you feel connected to a system of threads with ends somehow dissolved and distributed deep in our collective reality? What map should we follow if we want ourselves not to be thorn by influences? Is there a map?

We all got caught in a world pandemic that brought confusion, fear, defense, egocentrism, despair, hope, strength, spirituality, and fearlessness. Complexity is a natural way of being in the contemporary human experience. In which we have difficulty trusting what we see, hear, and even what we think and feel. Whether we are self-absorbed or trying to be completely open for others, this complexity brings major challenges for the mind and for the body. Do we loop in our consciousness as puppets? Where can you find freedom and stillness? The dream becomes reality. Life turns into a conspiracy.

“Wired” is a solo performance, an individual attempt, and experience lost in the treads of what we call “we”. A physical body inside a black box filled with stored information. It is a search for the origin of what causes entanglement. Is life a never-ending question and can we find comfort in what we don’t know? Can we surrender to something bigger than our own sense of being? The performance is inspired by both documentary stories and science fiction and visual art. The team has created a minimalist setting where every step matters. 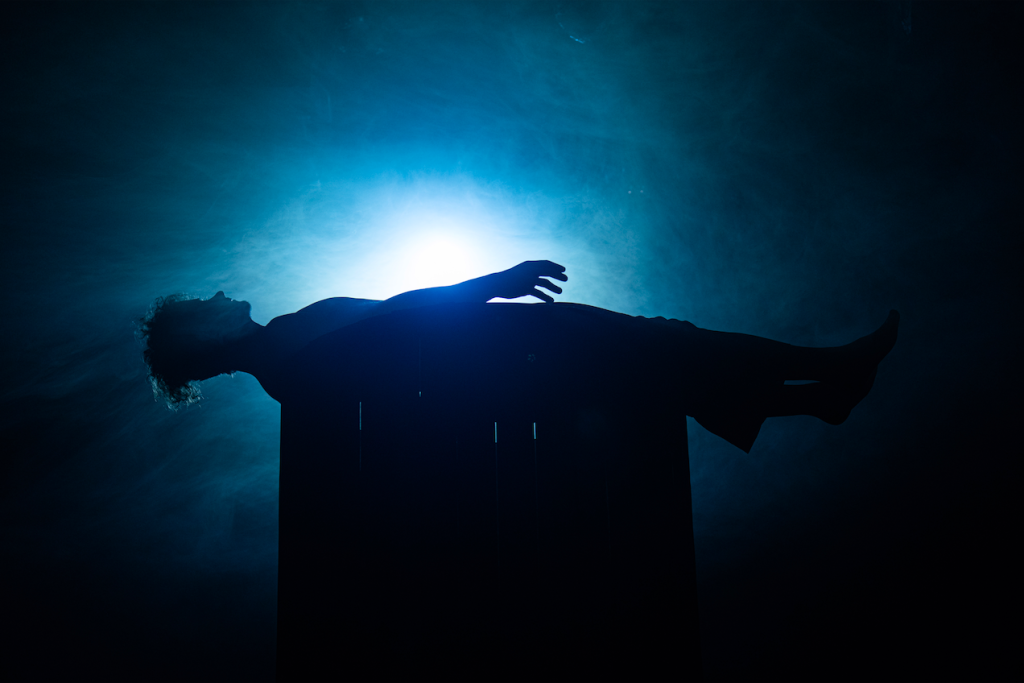 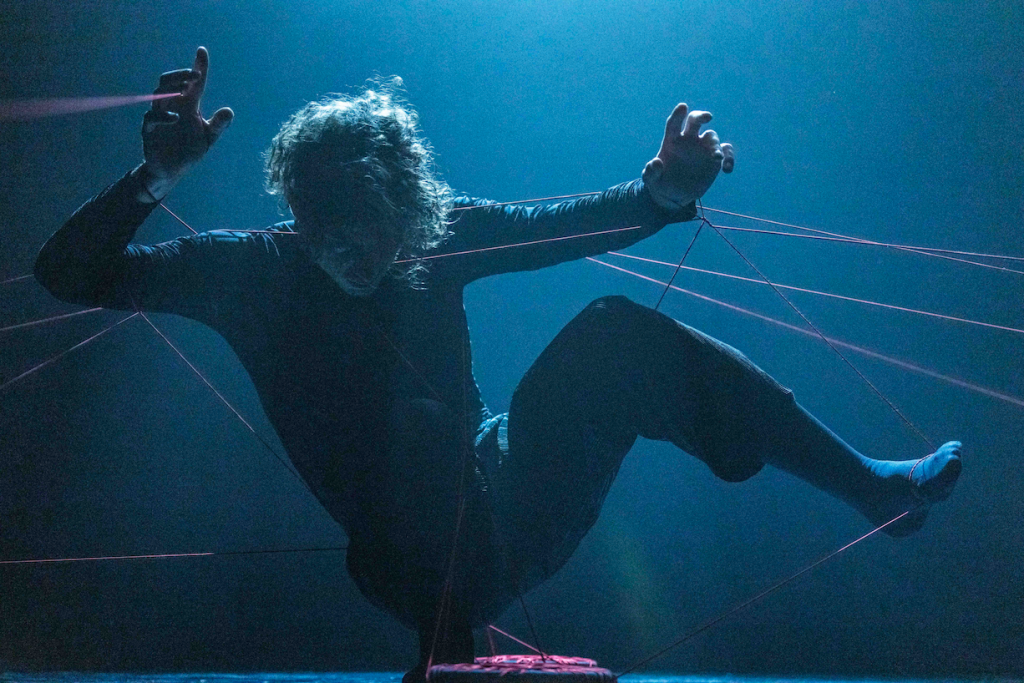 Deyan Georgiev is an actor, dancer and choreographer. He graduates NATFA “Krastyo Sarafov” in 2015 in the class of Prof. Dr Atanas Atanasov, majoring in Acting for Drama Theater. His love for the movement began after a project in France during his studies at the academy.

After graduation, he became part of the troupe of the Bulgarian Army Theater, which lasted two years as an active participant in the repertoire of the theatre. There he played his first leading role in a performance of the director Diana Dobreva. “Salome” is his first professional experience as a choreographer. The projects “Odyssey”, “The Unknown Child”, “The Son”, “The Bell” follow after that.

Deyan participates in many independent projects. In his work with the choreographer Stefania Georgieva from Atom Theater, he develops and cultivates his interests related to dance and performance. Deyan is a freelance artist since 2017 when he leaves Bulgaria to work as a dancer in Cairo, Egypt. He participates in various training, residencies and festivals in South Korea, Austria and others such as workshops with Shamel Pitts, Nohirito Ishii. He perceives contemporary dance as an intimate place with a huge charge that can be used as a means to travel inside and discover something for yourself.

In 2020 he won the jury award in the competition for contemporary choreography “Margarita Arnaudova” with the project “Clean”. He was nominated for ICAR 2021 in the category of Contemporary Dance and Performance for the same performance. He develops a sci-art organization, which brings together artists who combine science and art in exhibitions and performances such as the 5th Element, Stardust and others. In 2021 he was chosen in the 30 under 30 selection of Forbes magazine in the category Culture, Art and Media. 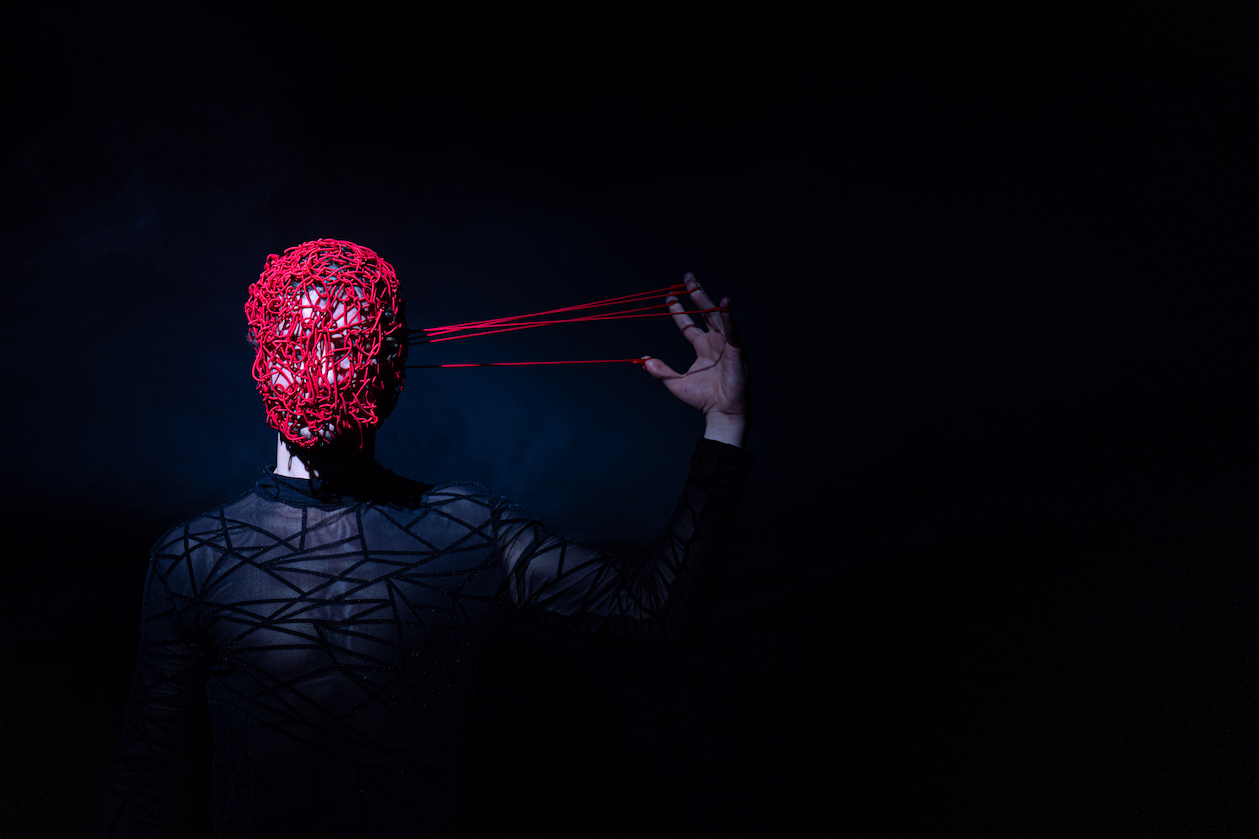 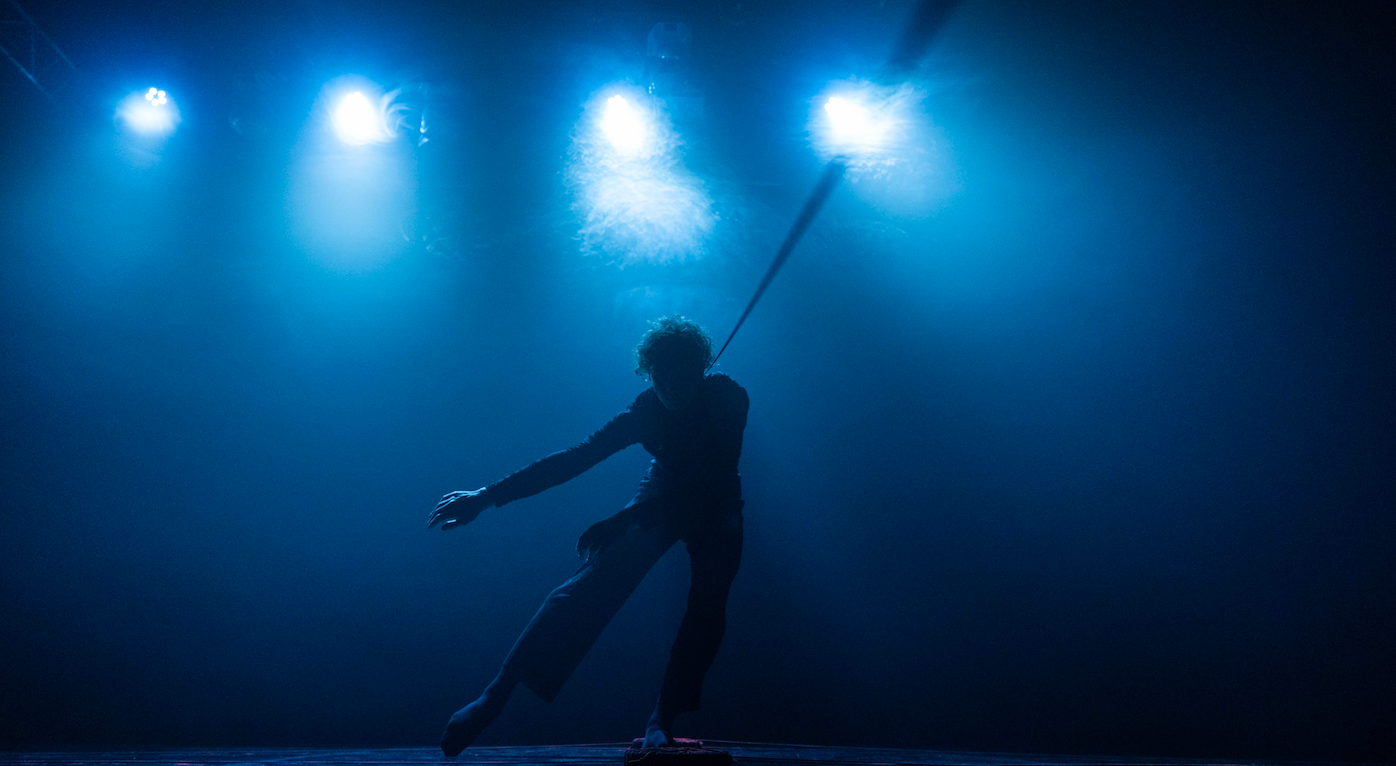 ONE DANCE WEEK 2022 is realised with the support of the Ministry of Culture.

ONE DANCE WEEK 2022 is part of the Legacy programme of Plovdiv – European capital of Culture 2019.