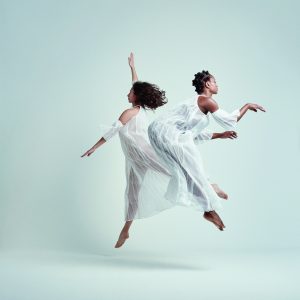 “For this project, I wanted to work with existing pieces of music, in order to trigger our collective memory” –the choreographer Yuval Pick shares about the performance. “I therefore chose to explore Kraftwerk’s music and universe, continuing my research into the common space, defined for me as the dynamic relationships between the collective and the individual.”

Yuval Pick chooses the period between 1974-78 in Kraftwerk’s sound, during which time the albums Autobahn, Radioactivität, Trans-Europa Expressand and Die Mensch-Maschine were all released. They are characterized by their analog sound and rhythms which remind of heartbeats, the movements of breathing, walking, a musical gesture on the human scale.  The choreographer interprets this part of their journey as the invention of a new European romanticism which offers a different perspective of Man and his environment. The 19th century ideal of Man and nature was replaced here by Man’s will to survive in his urbanised and mechanized environment. By exploring the “black box” of Kraftwerk, Pick has found a number of rather intriguing elements which were integrated into his research.

There is a reference to Franz Schubert in Trans-Europa Express, which was an invitation for the choreographer to go peruse the Schubert lieder, an old-time romantic register. Pick found in both acoustic universes the notion of “travelling” as a through-line, which allowed him to create a way of sliding from one era to another.

The extremely rhythmical nature of Kraftwerk’s compositions inspired the choreographer to reveal the skeleton of these compositions, a sort of x-ray of the music, transposing its rhythms with the sound of a single metronome. The choreographic approach of Yuval Pick often uses movement as a sort of “human mechanical”, which he then deploys onstage in a ritual form. With the dancers he creates a material based on the idea of twisting, torsion, an organic shape which will drive the development of the movement, and which will be fed by the multiple musical rhythms.

The choreographer works in the studio with the spatial trajectories of traditional European dances such as the minuet, whose principal motivation is the drawing closer and then moving away from one’s partner. It is the very elasticity of the space created between the dancers which interests him. All these different ideas create a new dance for an ensemble, a hybrid form which will generate new spaces.

“With “Are friends electric?” the director of CCN de Rillieux-la-Pape, moves into an entirely new realm of dance, creating a powerful, unusual piece about the elasticity of space and the body, as well as the experience of living together.”

“Mission accomplished: Kraftwerk’s music becomes tangible through these experts in the electricity of muscles. Our hearts beat with theirs. Bravo.”

Appointed director of the Centre Chorégraphique de Rillieux-la-Pape in August 2011, Yuval Pick has had a long career as a choreographer, a dancer and a teacher. He first trained at the Bat-Dor Dance School in Tel Aviv, then joined the Batsheva Dance Company in 1991. Four years later he left to begin working as an international guest artist with, among others, Tero Saarinen, Carolyn Carlson and Russel Maliphant. In 1999 he joined the Opera Ballet of Lyon, and founded his own company, The Guests, in 2002. Since then he has created a strong repertory of works marked by their elaborated, layered movement vocabulary, accompanied by commissioned scores by ranking composers. In his work the relationships between individuals and group, between individual and community.

He created Popular Music (2005), Strand Behind (2006) for the Agora Festival (IRCAM) and the National Conservatory of music and dance (CNSMD) in Lyon, /Paon/ (2008) for the Junior Ballet in Genève and 17 drops. In 2010, he created Score and then The Him for the Junior Ballet of the National Conservatory music and dance (CNSMD) in Paris and the trio Play Bach at the invitation of Carolyn Carlson. In 2012, No play hero, with the music of David Lang and Folks for the Biennale of Danse in Lyon. Then, two creations in 2014, the duet loom with the music of Nico Muhly and Ply piece for five dancers with the american composer Ashley Fure. In 2015, he creates Apnée (corps vocal) in collaboration with Spirito – les Choeurs et solistes de Lyon – Bernard Tétu.

The visit of Centre Chorégraphique National de Rillieux-la-Pape is happening with the support of French Institute in Bulgaria,Embassy of the Republic of France and Societe Generale Expressbank.