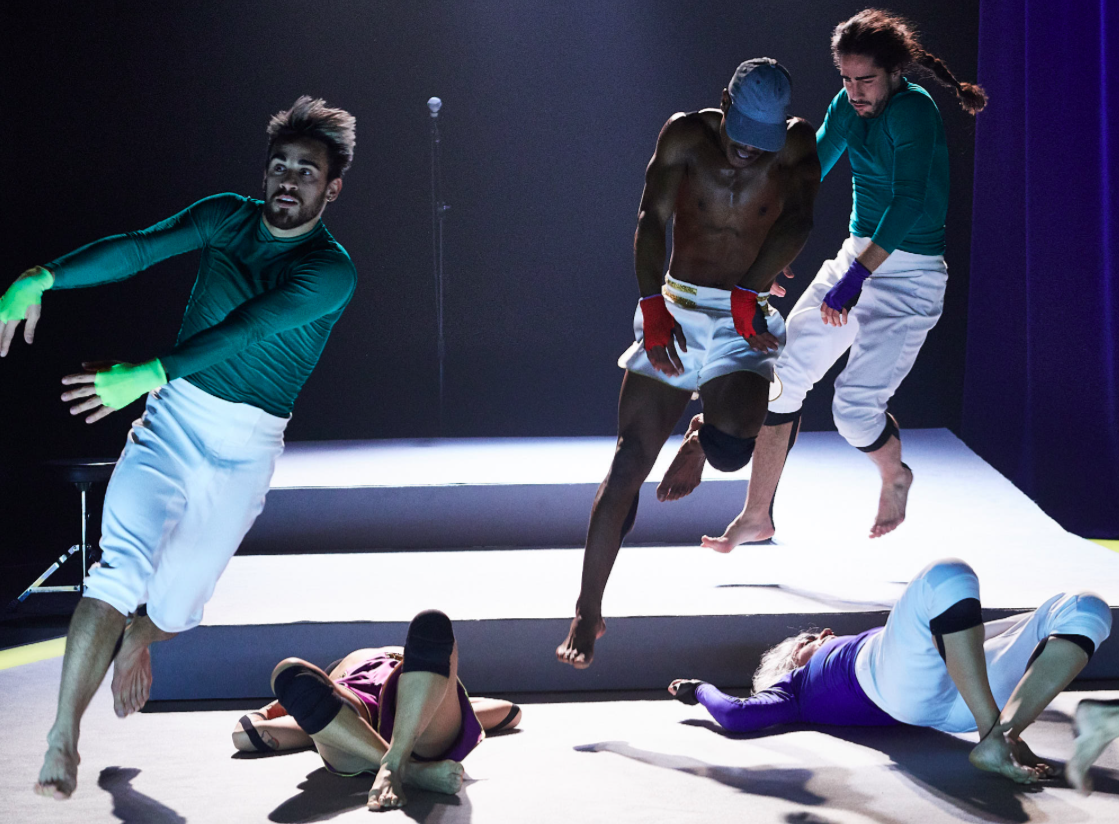 It takes everyone to tango

From the apparent calmness comes a revolution, from the beast comes a caress. These figures are rugged emotional cyborgs, incapable of simply existing. Their touch is sensitive, their sense of smell is clear, their sight is eagle-eyed. We all cry and fear, we all desire and love and try to fit in, shielded by isolating armours, but we end up trapped in a box that defines us.

Bisonte is a ring of hysteria and melancholy where life is a waltz and dance is there for the taking — and it takes everyone to tango. A persistent pulse sets the pace beneath the echoes of melodies from what is hidden within us. Gender is faded, making room for a gritty, vulnerable and beautiful existence.

“Bisonte is an authorial work where I take a position that is much more based on biographical and self- referential references than scientific or consensual ones. I intend to saturate and expose the urban context of dance where there is a certain hyper- masculinisation, almost simultaneously with a feminist universe, queer, that is almost identity of this time and generation. What masculinities are still built today? Which feminine is this that to assert itself is masculinized? What humans are these that still measure themselves by the great, strong and fast? By the physical, the power and the sex? In raising gender notions, I know that I will fall into stereotyped ideas of masculine and feminine, about identity, and about anthropological concepts that may be a little swampy and with which I have no interest in making any kind of manifesto. In a more ideological “core”, Bisonte intends to bring to scene mail dense, virtuous and dominant dances to talk about intimacy and honesty in a human being. Approach a beautiful simplicity and, at the same time, use and enhance ugly artefacts.” – Marco da Silva Ferreira 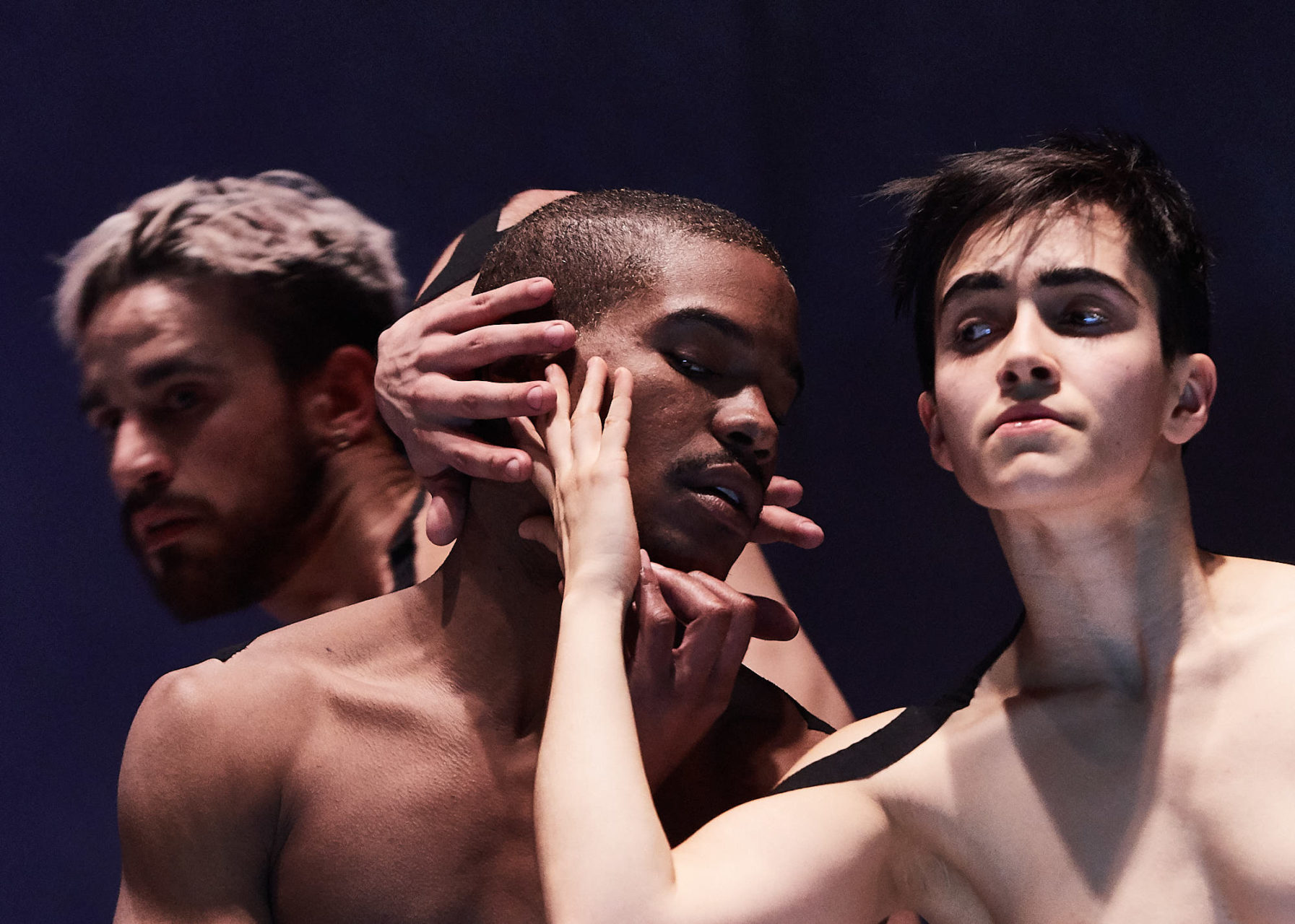 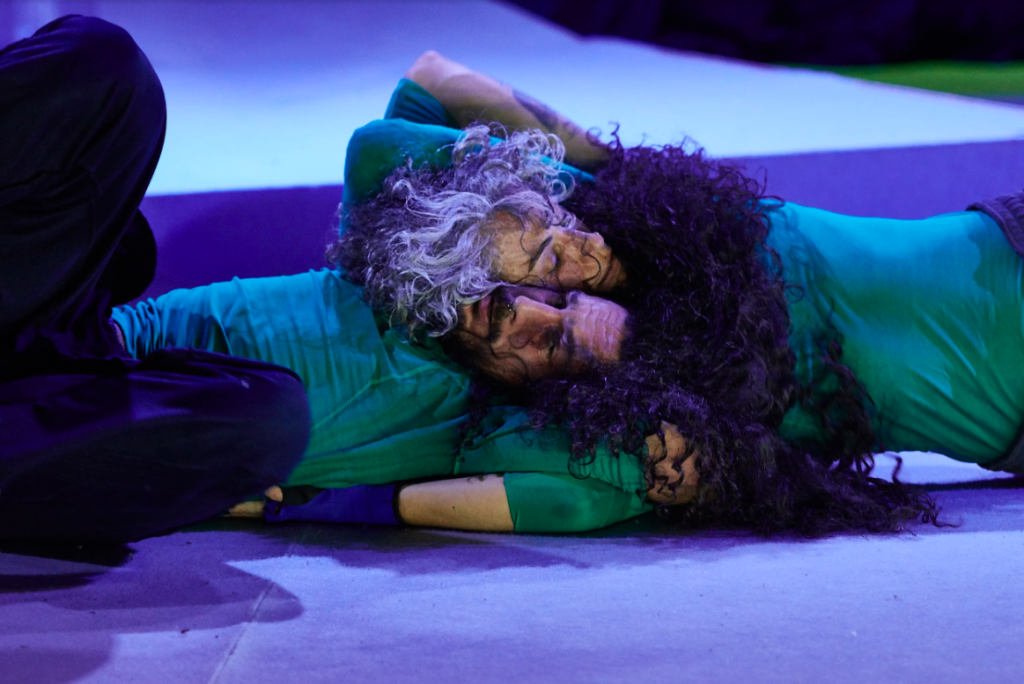 Born in Santa Maria da Feira, Marco began his dance career in 2004. Since then he has worked with Companhia de Dança do Norte, Companhia Tok’art (Made in time, 2011 and You never know how things are going to come together, 2012), and Companhia Instável (Fuga sem fim, 2011).

In 2012, Marco performed in Hofesh Shechter’s project Shelters; Elisabeth Lambeck’s EXIT 211-A; Sylvia Rijmer’s Anatomization at CCB boxnova, and Victor Hugo Pontes’ projects Rendez-vous and A strange land. He won Eurobattle 2009 in the “New Style” category and also won the TV show So You Think You Can Dance – Portugal. As a choreographer, he premiered his first solo, Nevoeiro 21, in Palcos Instáveis at Campo Alegre theatre in 2012. It has also been presented in the Solos Festival (Lisboa, Évora and Torres Vedras), as well as in maisImaginarius 2012.

In May 2013, Marco premiered the award-winning piece of maisImaginarius 2013 Réplica…éplica…éplica, a site-specific solo dance work. In June, Marco created Ailha with Victor Hugo Pontes, during a dance residency provided by 37.25-Núcleo de artes performativas and Walk&talk Azores festival. Through my fault, through my fault, through my most grievous fault, a co-creation with Mara Andrade, was presented in Palcos Instáveis in October 2013 and in GUIdance 2014. 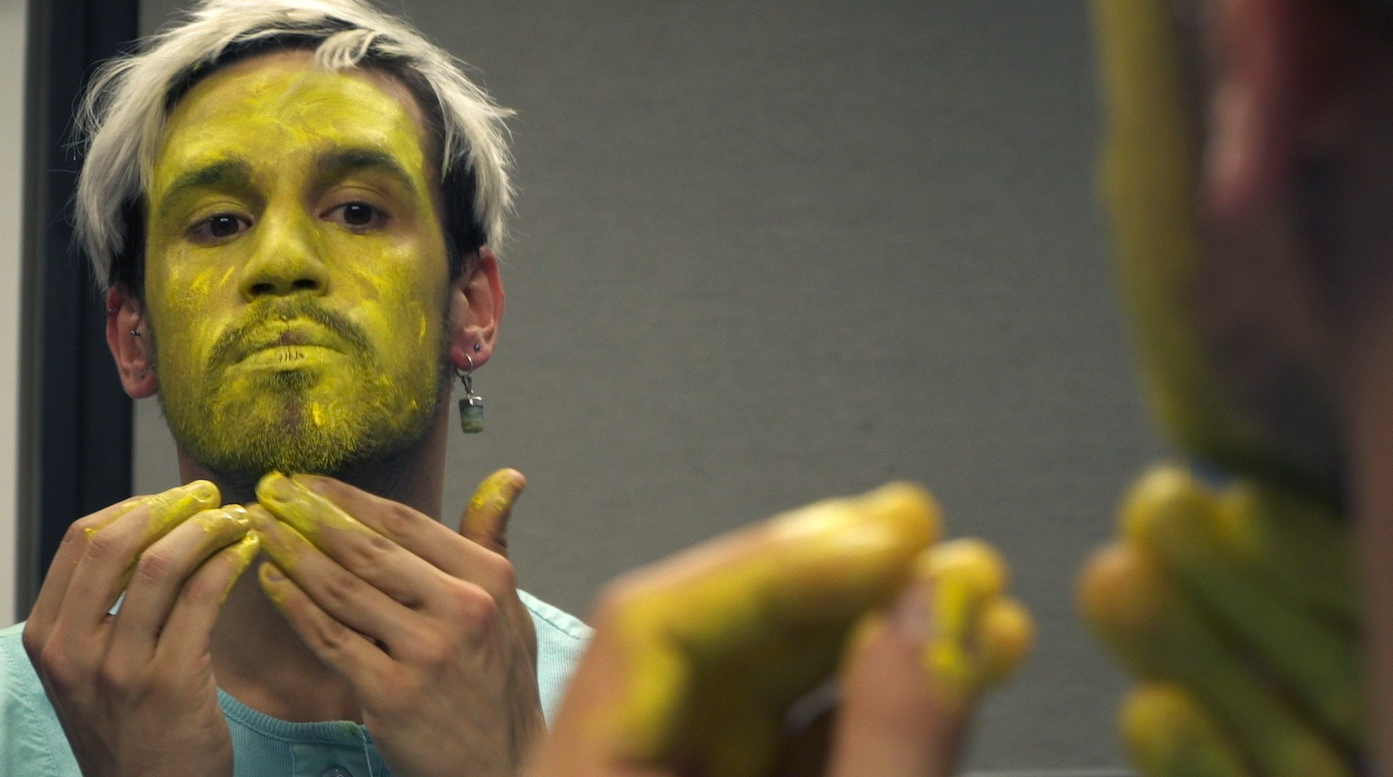 In 2014, Land(e)scape, a multi-disciplinary collaboration with a visual artist and sound installation was presented in Imaginarius and he premiered Hu(r)mano, which has been selected to represent Portuguese Young Artists 2015 and selected as an Aerowaves Twenty15 performance. He was the choreographic assistant for the play Hamlet (2014) by Mala Voadora and in Veraneantes (2017) by Nuno Cardoso; he was also artistic assistant of Victor Hugo Bridges in the creations Se alguma vez precisares da minha vida, vem e toma-a and Carnaval (both in 2016).

BROTHER (2016) consolidated an authorial discourse in a line of reflection on dance and its meaning today, creating connections with its origins and drawing a line made from the contemporary body. He made his debut at the Municipal Theater of Porto-Rivoli and has had a wide international and national tour, having also integrated Aerowaves Priority Companies 2018. BISONTE (2019) is a performative identity that fluctuates in an artificiality between hysterism and melancholy. Between 2018/2019 he was an associate artist at the Municipal Theater of Porto, and between 2019 and 2021 he was an associate artist at Center chorégraphique national de Caen in Normandie.

In 2020 he has an invitation to build a short piece for the National Ballet Company entitled CORPOS DE BAILE. Through a practice, a warm-up practice based on footwork. SIRI (2021) prolongs the collaboration between choreographer Marco da Silva Ferreira and director Jorge Jácome, after the co-signature of the show ÍRIS (2015), defended as a look at temporality, from the image, the visual construction and the discourse on the memory.

FOCUS PORTUGAL is realized with the support of Camões Institute and the Embassy of Portugal – Embaixada de Portugal em Sófia.