On June 3, 2022 the biggest name on the Korean contemporary dance scene – choreographer and performer Eun-Me Ahn, will present her latest performance DRAGONS within ONE DANCE WEEK. A magical and avant-garde amalgam of colors, shapes and rhythms that leaves audiences around the world breathless, DRAGONS is one of the biggest productions to be presented in this year’s program.

In a world already somewhat dominated by Asian contemporary pop culture (from BTS to Black Pink and Squid Game), Eun-Me Ahn’s performance demonstrates how Gen Z manages to find a place for the traditional Korean dance in the contemporary pop culture. DRAGONS features 13 Gen Z dancers from Japan, Indonesia, Taiwan, South Korea and Malaysia, 6 of whom we will see on stage in the form of holograms. Together they create a new time-space inhabited by the mythical Dragon. In Asian cultures the figure of the Dragon is a symbol of transcendent power, joy and prosperity but in the Western world – it is an evil that must be defeated.

So, the tone is set for a captivating, burlesque and sometimes weightless performance, resembling a kaleidoscope of shapes, colors and rhythms, in the extravagant style that is the hallmark of the “enfant terrible” of the Korean contemporary dance.

Eun-Me Ahn arrives in Europe with the dancers of her company and very special guests! After a series of mind-blowing shows that depicted all Korean generations, from grandmothers to teenagers, she invites five young dancers from five Asian countries.

All are born in 2000 and each unveil their hopes, their dances contemporary and traditional. Because in Asia, if the youth is ultra- connected, it remains attached to its cultural background, including Dragons !

They are feared in Europe? In Asia, they bring lightness, joy and optimism. So, the tone is set for a captivating, burlesque and some- times weightless performance, like a kaleidoscope of shapes, colors and rhythms, in the extravagant style that is the trademark of the en- fant terrible of Korean dance. Eun-Me Ahn, her company and their guests move through a criss-crossing of presences and holographic projections fruit of a creative storm.

In conclusion : In Asia, “Z generation” tackles future with energy and freshness. A source of inspiration. 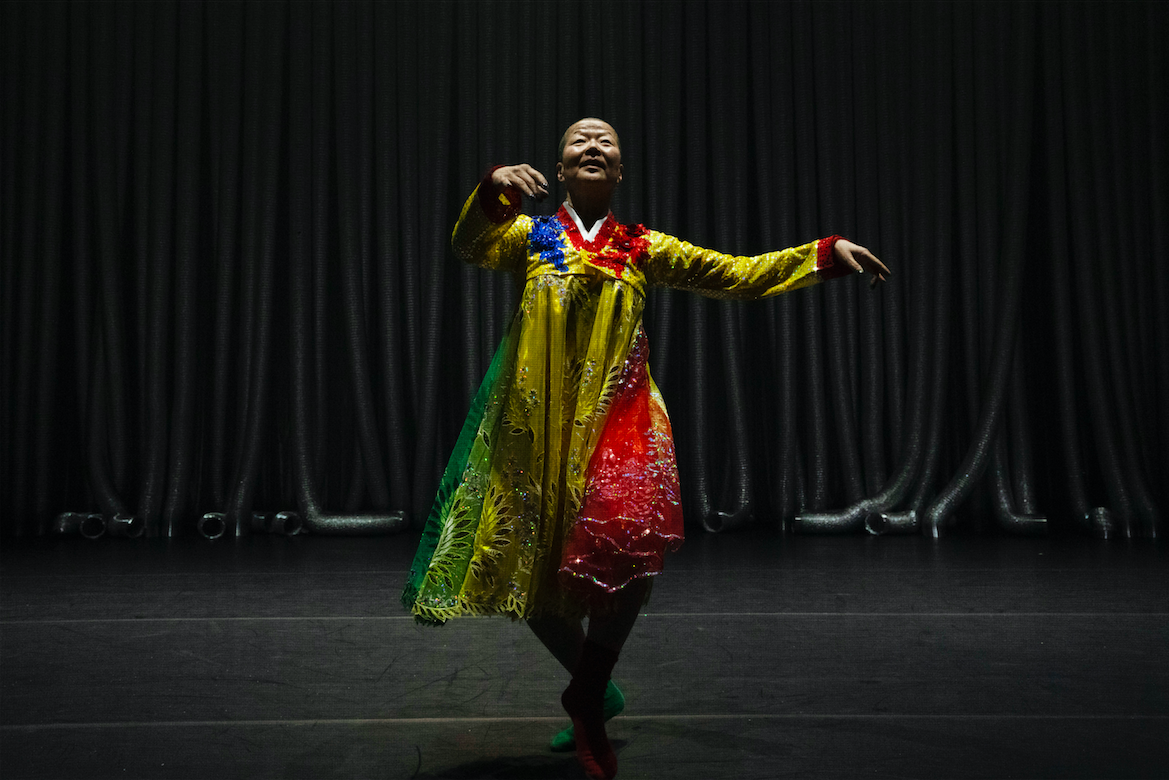 “Eun-Me Ahn is the future.” – The Korean Times

“Grafting her training in traditional Korean dance on to contemporary western techniques, Ahn’s choreography, set and costume design deliver a revelatory, personal style that pits a physical playfulness and humour against rigorous intelligence. Like that of her friend Pina Bausch, her work grips us from the start, gliding from fast to slow, crawling to flying, shuffling to bouncing, all feats these performers project with audacious skill.” The Guardian

«A mythical creature, the dragon, whose form and significance has fluctuated over time, following the generational quirks and turns of human civilization, large and small; the dragons of the East, for example, have always been different from the dragons of the West, and there are regional distinctions—in looks and in personality—even among the dragons of the East. What remains consistent between all contexts is the beast’s bricolage origin, a cobbling-together of various animals to make up its major anatomical parts and special characteristics. And when we look farther, actually taking apart the iconic structures of meaning around this compound image, what we find is twofold: first, the deep fear of fate, that which is too powerful for us to control with our merely-human strength; and second, the anticipation of and aspiration toward a construction of truly unlimited potential.

In any cultural landscape rooted in Christianity, of course, such a being could only ever be a monster to be eliminated—but in most other areas of the world, the dragon has long functioned as a symbol of transcendent authority and wisdom, able to bestow upon humanity the power and courage necessary to overcome great worldwide upheaval, not to mention the flexibility and resilience to adjust and thrive amidst rapid change.

Given these terms, then, how are we to understand the dragon? The “we,” that is, of today, who find ourselves disillusioned with the promise of shared prosperity through globalization; the “we” who fear not knowing what lies ahead; the “we” who have lost those sparkling twentieth century visions of the future. If we were to imagine a true dragon of the 2020s, say, looking ahead to the 22nd century, what should it look like? What if we could free ourselves from the molds of taxidermied tradition, those shackles of approval and safety that take the form of endless reinterpretation, and create an entirely new monster of infinite transformation, belching flames into the future — what might that be like?

During its early stages, we sometimes called this project, which was ultimately titled, simply, “Dragon”—the “Millenium Baby Project,” and in truth I have worked hard, researching many different regions of Asia to find and better understand dancers born after the year 2000 and come of age in a world already ruled by technology; dancers, in other words, that belong to Generation Z.

And while the cultural homogenization that results from our shared reality of smart phones and globalization is undeniable, the fact still remains that the different regional traditions of dance across Asia continue to be passed down each in their own way, and that even seemingly similar contemporary vernacular dance cultures are actually each unfolding in singular fashion. I was determined to create, using the backdrop of these dancers’ vitality and irreproducibility, a new time-space of the dragon, guiding us into a future we have never before seen. Five young dancers flown in from five different countries across Asia, gathering up the inherited legacies of their bodies and, through the process of projection onto each screen-body, actually exploring new strata and topographies to build a time and space of the dragon. At the point where the world itself overflows, where place becomes moment and moment becomes place—here, all things become possible.»

Ah, the famous custard pie that is the confrontation “between tradition and modernity”…

How many creators have struggled to find the way to describe what is finally the lot of every artist : on the one hand to know, understand, integrate what the ancients did ; on the other to forgot them, overcome them and hope to find something new. Quite a vast program…

On this level, Eun-Me Ahn that France discovered in 2013 and 2014 thanks to Festival Paris Quartier d’Eté, has found new, unexpected and exciting ways. This comes first from her own itinerary, marked as much by the learning and exploration of shamanic traditions as by the many years spent in New York or a profound friendship with the missed Pina Bausch (who invited her many times in Wuppertal). Korean and cosmopolitan, figure of the avant-garde but also choreographer of the very officialopening ceremony of the FIFA World Cup in Daegu in 2002 and presented in the most important international festivals, she knows how to improve the beauties of contrast, mix polka dots, stripes and flowers, how to play with the most pop colors before switching to the most solemn austerity, how to play with the most subtle shades of androgyny, or use slowness to make trance rhythm burst…

Educated at the school of rigor, precise, demanding and of a all Korean discipline, Eun-Me Ahn is also a daredevill performer, ready for all kind of piracies. One have seen her jump from the top of a crane, then attack a piano with axe and scissors, rip off herself her fairy dress made of white ties to distribute the pieces to the audiences while performing a teddybear dance, bury herself with a clown costume under a rain of balloons, locked up behind bars in a duet with a chicken, or dressed up as a mushroom… But one would be wrong thinking it is provocation. It is rather the affirmation of a curiosity and a freedom held by work and style pushed to their most unexpected limits. 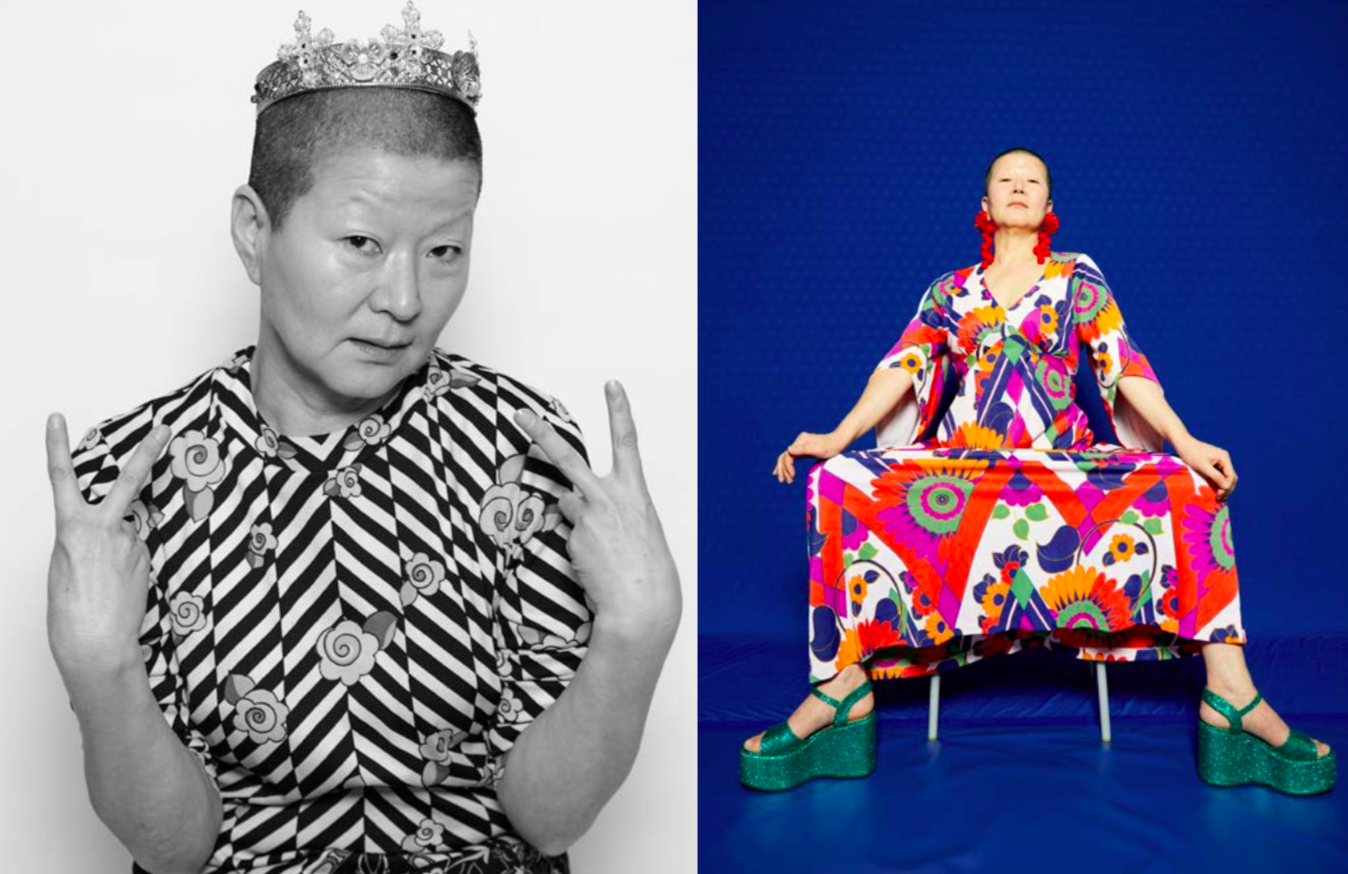 EUN-ME AHN in a few dates:

2001 – After several visits to the Pina Bausch Festival à Wuppertal, she presents three solos from the Tomb there.

2001-2004 – Returns to live in South Korea where she is appointed Artis- tic Direcor of Daegu Metropolitan City Dance Company for which she creates, amongst others The Little Match Girl and Sky Pepper

2007 – Creation of Symphoca Princess Bari, a choreographic adaptation of a Korean legend, that will be presented at Seoul ARCO Art Center in Korea, Tanztheater Wuppertal Pina Bausch Festival in Germany, BOZAR in Belgium, Edimburgh Autumn Festival in Scotland…

2011 – Creation of Dancing Grandmothers, a work inspired by the ges- tures of Korean old ladies. 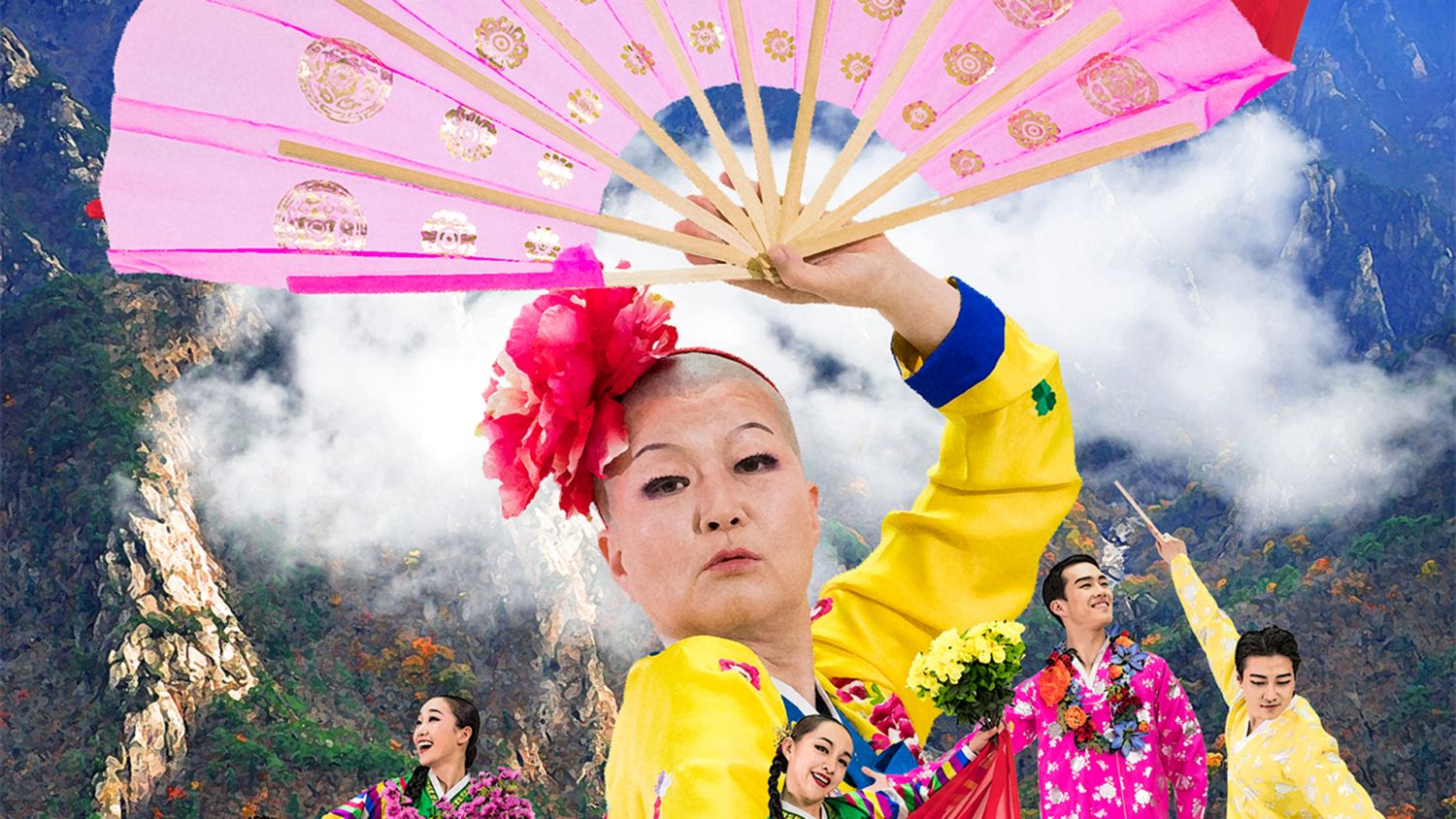 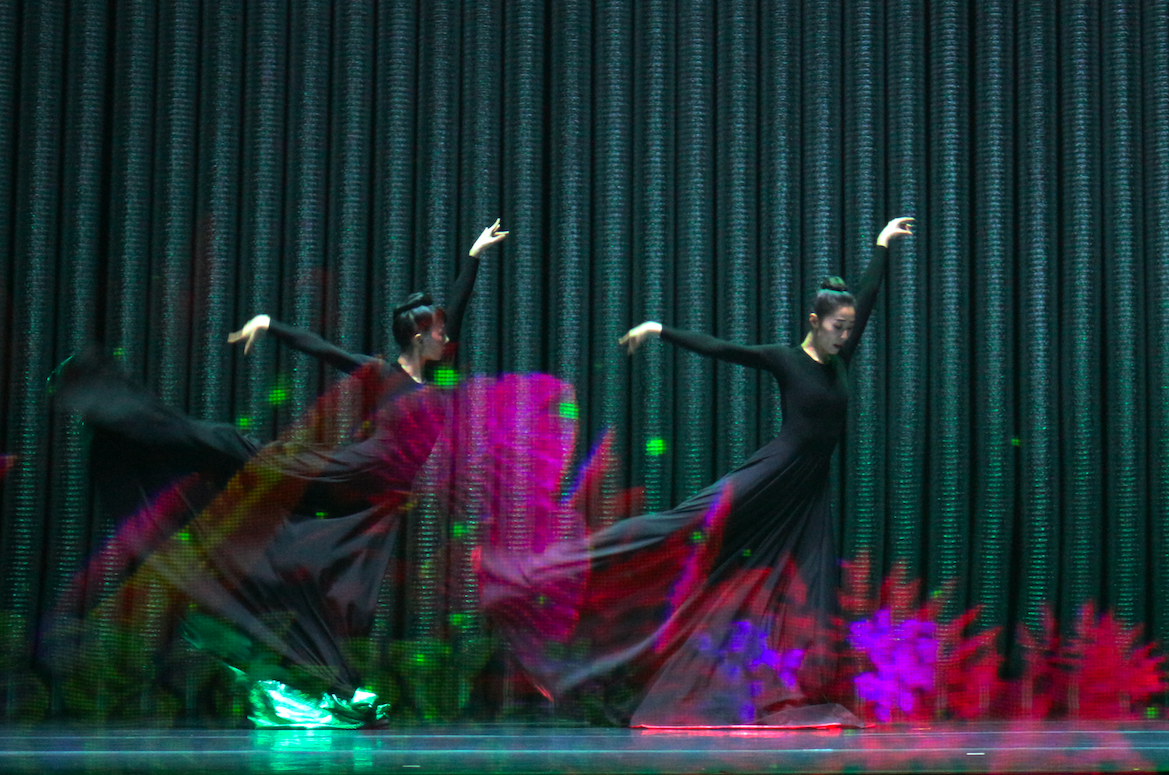 ONE DANCE WEEK 2022 is part of the Legacy programme of Plovdiv – European Capital of Culture 2019. 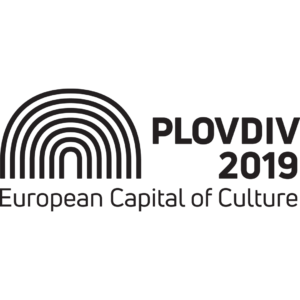