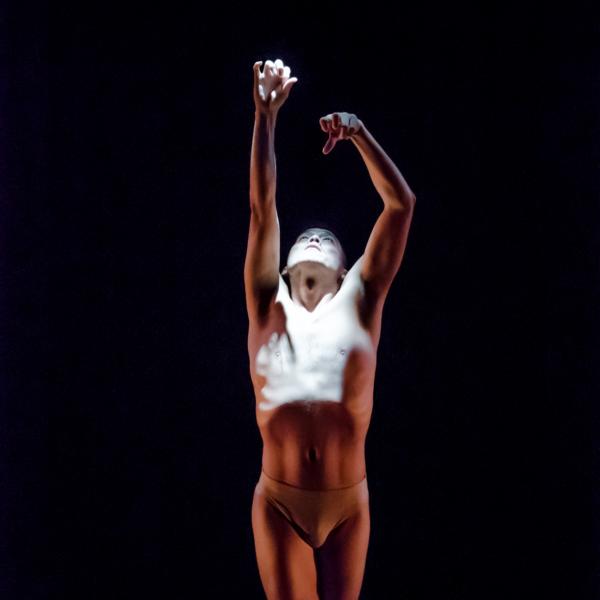 FreeSteps is a ten-year project initiated by SU Wei-Chia in 2013. The project aims to explore the most primitive status of dance and to re-explore the possibilities of dancing. The proposition in FreeSteps is how choreography can be simply and persistently about the body, especially in today’s world. The practice of Wei-Chia is to peel off various layers of body characteristics and textures within set limitations – very often not repeating previous FreeSteps.

SU Wei-Chia was born in Kaohsiung. He graduated from the National Academy of Arts and was inspired by Prof. Su-Fen Wu during his studies. He is the co-founder of HORSE and has created, co-created and performed in M_dans, Stairs, Velocity, Bones, Growing Up, M Dans 2010, I, Successor I, II, III, 2 Men, 3 Men on a HORSE, and Playdead. Accepting an invitation from Eliot Feld, the distinguished American choreographer, Wei-Chia was a part of Feld’s troupe from 2009 to 2013. Wei-Chia began his choreographic work on the FreeSteps series in the last part of 2013. Work on this series is still ongoing. It takes time, in many cases a long relationship between Wei-Chia and the dancer, to shape, to massage, and to sculpture the movements and physicality.

The logo of HORSE is a Chinese character made of three horses, indicating strong motivation and explosive energy. Founded in December 2004, HORSE has established a distinctive profile with delicate physical movements and unrestricted creativities. The group’s unique and collaborative style brings the current generation beyond the standard frame of stage performances.

The artistic policy of HORSE is to provide a platform for the creative expression of Taiwan’s dance artists. By regularly staging works of Taiwanese choreographers, as well as commissioning international artists to stage pieces for the company, HORSE aims to create a fertile ground for mutual stimulation and to establish a repertoire of changeable, multi-faceted and diverse styles.

For viewers above the age of 18.

With the support of: