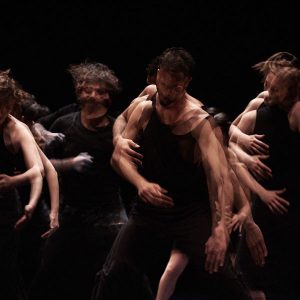 For nearly 1,000 years the #minaret of the Great Mosque of Aleppo soared above Syria’s largest city. It now lies in ruins. The war destroyed what once represented the White city’s soul, one of the most ancient and great achievements of human history, culture, and knowledge. Today Aleppo is what Beirut, Jerusalem, Grozny or Berlin were yesterday. Everything is shifting, turning around us – and is remembered as the winning oppressors’ want.

We experience the turmoil of human, social, religious, and political conflicts. A ‘big bazar’ of lost human values and brainwashed minds. We witness a sickening applause to extremism, conservatism, and fanaticism. What do we do when humans and cities, ideas and culture, the past and the future are being destroyed? Can we stop the war? Can we act, resist ‘numbing’, or have we become accustomed to the everyday dark news reports from this troubled region?

#minaret stands against the numbing, the non-acting position to the vast destruction and violations of human rights. #minaret is Rajeh’s new performance of resistance against the war “normality” and the abstraction of the violence for the ones watching both far away and nearby.

He is among Arab star choreographers on the world’s contemporary stage with many European presentations and coproductions. He doesn’t want to scare us, or to impose on us a certain opinion. His performance focuses on the specific moment of questioning our position and where we stand. For that dance, art may initiate change. Especially in this troubled part of the world.

Located at the crossroads of several trade routes from the 2nd millennium B.C., Aleppo, one of the greatest and oldest cities, has a central political and cultural significance for Arabic traditional and classic culture, especially in music.

Aleppo’s faith is similar to that of other important Arab cities in the region, such as Baghdad, Damascus, Jerusalem, and Beirut which have been deprived of their roles, either through destruction, occupation, aggression, extremism, or poverty. These different cities that once were, each in its own way, the ‘minarets’ of the Arab culture have sunk into radicalization, ignorance, and reticence.

Looking into the culture and heritage and ‘re-visiting’ it seems extremely vital these days. Not to evoke nationalistic ideas but to cherish human culture and values of openness, diversity, refinement, and tolerance, that once were at the forefront of a city such as Aleppo.

Omar Rajeh is a choreographer, dancer and artistic director of Omar Rajeh | Maqamat. He established his company in Beirut in 2002 after studying dance in Lebanon and in England. He has created 15 powerful performances and has toured throughout the Arab World and Europe, in addition to Canada and Korea.

Renowned as the founder of the contemporary dance scene in Lebanon, Omar Rajeh entwines in his work major social and political issues inspired by the everyday life of the city of Beirut where he lives. He is continuously questioning the individual presence and the physicality of ‘the body’ within a socio-political and human context.

Omar Rajeh | Maqamat aims at establishing a platform for innovation, experimentation, and continuous development of the contemporary dance culture in Lebanon and the Arab Region. By introducing new ideas and concepts of dance and ‘the body’, the company anticipates a new phase of artistic and social productivity, creativity, modernization, and free expression.

The company was founded by Omar Rajeh in Beirut in 2002. It quickly emerged as a central organization in the creation and development of contemporary dance in Lebanon. It has supported, produced, and presented works for local emerging artists. The troupe collaborates with artists from the whole region, Europ, and Asia. One of the most important achievements of the company was the creation of BIPOD – Beirut International Platform of Dance 14 years ago.

A production of Omar Rajeh | Maqamat