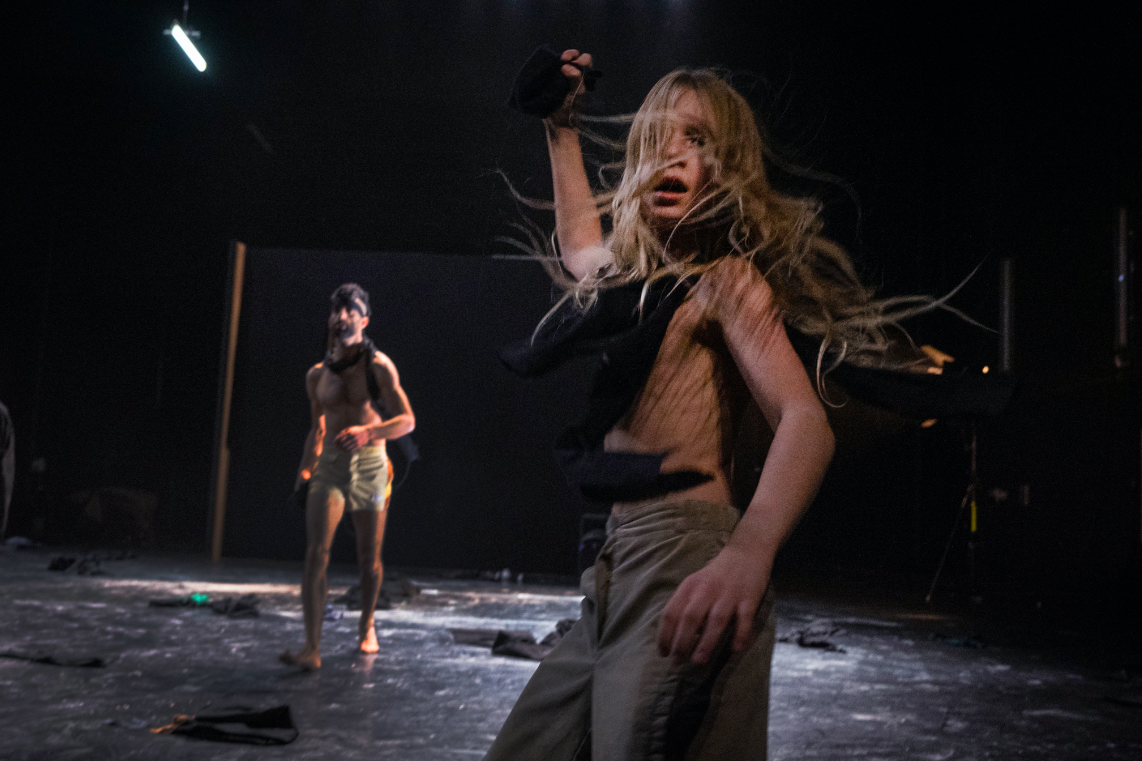 To do something for the first time. To challenge yourself. To take the risk of losing.

Promise me is a celebration of courage and recklessness, a dance flirtation with the dangers and anxieties we vainly wish to conceal or forget. From the stage flows a childlike unadulterated yet physically powerful urge to invade the territory of the unknown. Curiosity, not indifference, and impulsivity, not illusion of certainty – isn’t that exactly what we need, right now? The show, with live music, is about the life-giving power of the unknown to move us forward, even if sometimes at the cost of scars and sores on our skin.

Belgian dance company kabinet k questions the very notion of fear in several generations. Seven dancers, including children, leave their fears behind the scenes to show the explosive energy of an existence that recognizes no inhibitions, boundaries or inert restraint. To do something for the first time. To challenge yourself. To take the risk of losing. To get off the beaten path and walk the edge. To let go of control. To resist when you disagree. To spit on the demon that haunts you. To throw a stone at death! Because isn’t that what it means to be truly alive?

Promise me is another production by the Belgian dance company kabinet k, created after intensive creative work with children. The choreographers’ starting point is the dynamic of recklessness, as many today have put themselves on the defensive against reality, trying to play it safe and avoid mishaps, setbacks and failures in every way possible. The dance language in the piece is heavily influenced by improvisation sessions with children in the summer of 2020, particularly through exploration of swinging, bouncing and more. 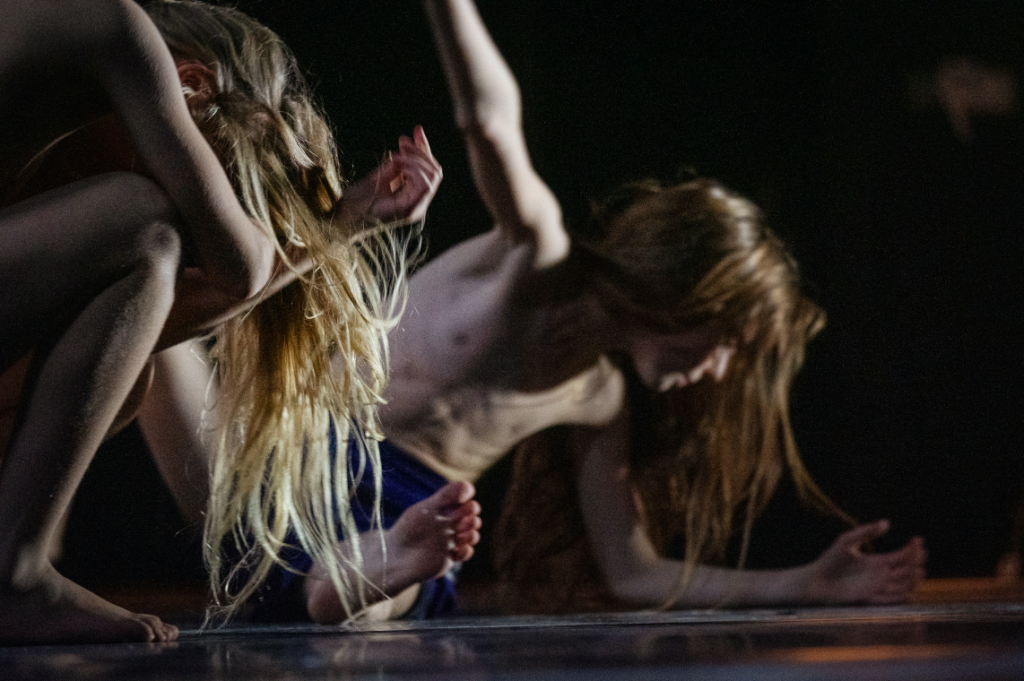 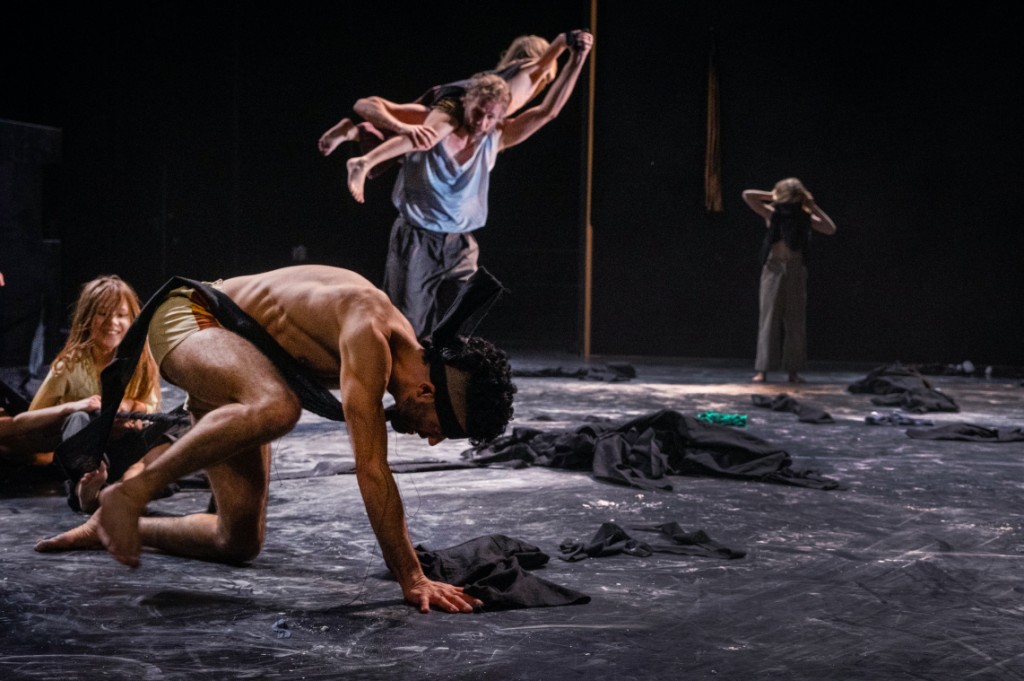 ‘Watch out!’, you think during the equally dangerous and beautiful dance piece promise me ****

Promise me tears conventions to shreds, individuals to pieces, taboos into strips and neat dance steps into fragments. They dare.This performance drops splintered beauty at your feet and moves you by placing an uninhibited little girl next to a strongman and by transforming girls with blonde angel hair into fierce revolutionaries. This is a wow-turn in the oeuvre of kabinet k and a message to the dance world: to take children
seriously as fully-fledged performers who are capable of much more than performing in creations about their work. Kabinet k uses the young soul to make a strong statement, together with and equal to older souls: cherish together the fearlessness in the pursuit of happiness. – KNACK FOCUS

Rebels in power
Promise me is a deliciously brutal ode to the headstrong child. ***

Promise me is not only an ode to our inner rebel in a fearful society that swears by control and security. It is also about stubbornly standing up for something. Pushing your boundaries. Going against the flow. And trusting that if you almost hit a wall with your eyes closed, there will always be someone to protect you. It makes promise me a beautiful antidote for these times. – DE STANDAARD 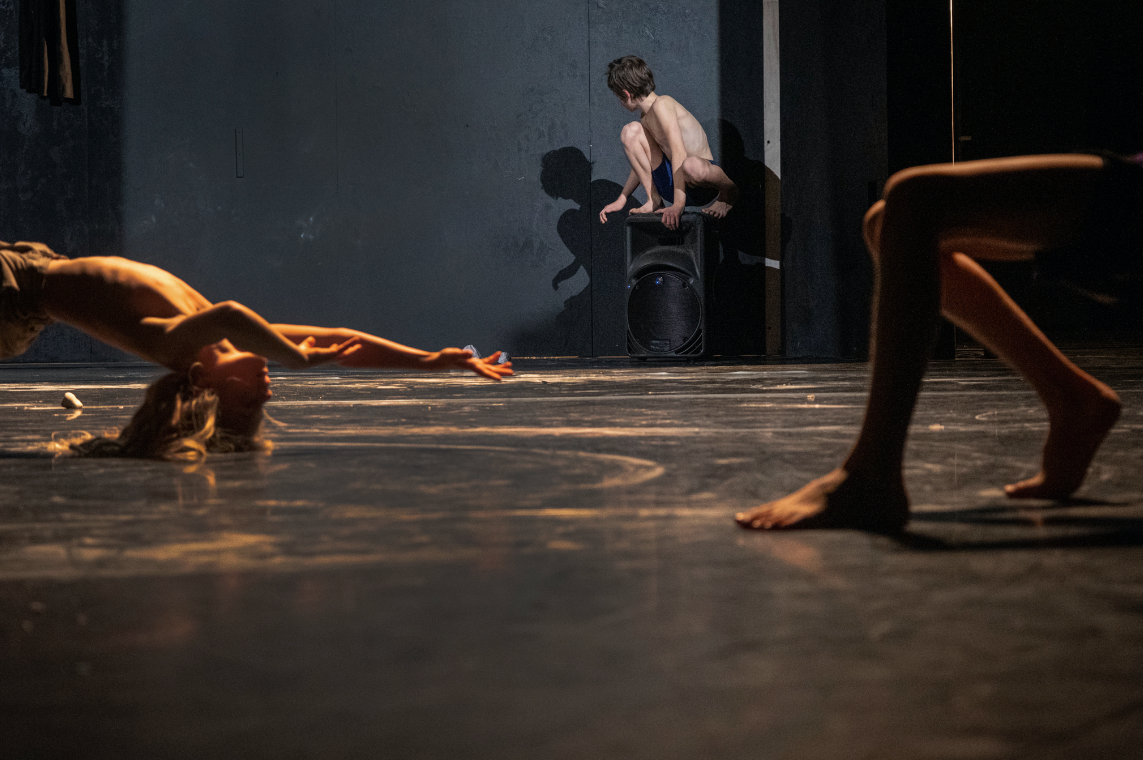 Joke Laureyns and Kwint Manshoven are both choreographers, but their backgrounds are in philosophy and design respectively. In kabinet k they focus on dance productions with both professional dancers and children on the stage. Their dance is based on actual everyday actions and minor gestures interwoven with elements of play. The fact that the cast includes children makes their dance accessible to young and old. Each of their creations grows literally out of the steps that the young dancers take. It is precisely because the organic and intuitive are such an important aspect of their dance language that both these choreographers like to work with children and older people who are not marked, or only to a lesser degree, by certain patterns of behaviour or a specific dance technique. Both choreographers wish to treat dance in an adult way and let the child be a ‘child’. With no hint of a patronising approach: intelligence is not alien to children and dance is an art form that can appeal intuitively to children and adolescents.

Since 2002, the pair have created a series of productions under the wing of several large theatre companies, and they have built up a reputation on the ‘youth dance scene’: Dromen hebben veters (fabuleus), shelter (Kopergietery), Martha, Marthe (Kopergietery) and questo ricordo (CC Hasselt). In einzelgänger, unfold, I see you, zwaluwzang, raw and bab(b)el, kabinet k is continuing to build up an oeuvre of fully-fledged productions for young audiences. Unfold and rauw were both selected for the Theatre Festival. It was also these two pieces that put kabinet k on the international map. Since 2016, the group has been engaged in structural collaboration with hetpaleis in Antwerp. Horses was the first production to emerge from this; in early 2018 kabinet k made invisble there. Kabinet k takes an organic approach to dance, whereby it is not the virtuosity, but a certain authenticity of movement that counts. Content always has priority over aesthetics. Kabinet k employs a dance language which one moment is contemplative, minimalist and visual, and then switches to raw, brutal and exuberant energy. It develops around a central idea – such as ‘resilience’ in rauw and ‘blind faith’ in horses – that is communicated to the young audience through the movements, the stage design, the cast, the rhythm of the performance and so on. Some of the constants in this work are live and/or newly composed music, the presence of several generations on the stage and the influence of the visual arts. Kabinet k would like to offer an alternative, show different approaches, and contrast silence with a world full of propositions.
The poetry of the work is universal. 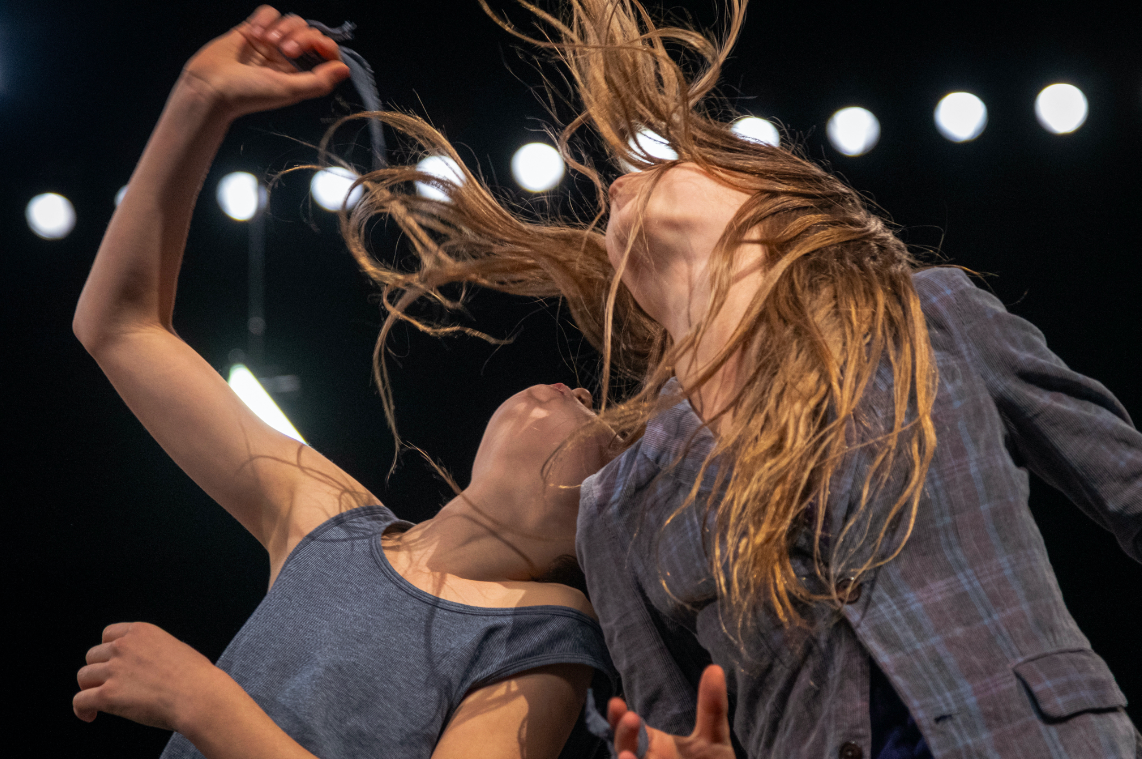 many thanks to:  les ballets c de la b
with the support of : the Flemish government, the city of Ghent & the Tax Shelter of the Belgian federal government via Casa Kafka