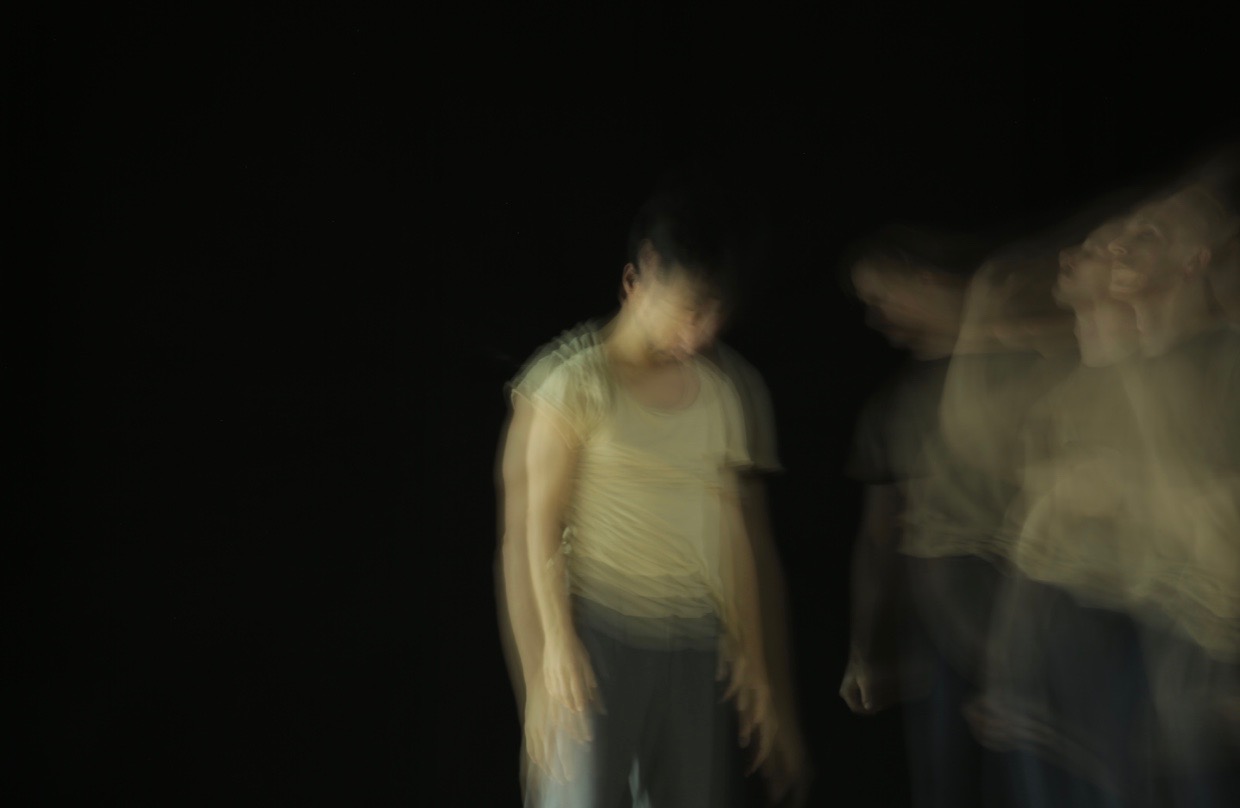 From Harmony, from heav-nly Harmony,
This universal Frame began:
From Harmony to Harmony
Through all the compass of the Notes it ran,
The Diapason closing full in Man.

Un discreto protagonista is a story of an instant, an instant of the time that is out of joint, or before the time itself, in which balance and symmetry get broken to let the time start. No bang, no sound, just a temporary vibration in the air. Symmetry shatters, and unfocused presences overlap, mingle. Remains and scattered fragments try to reassemble in shapes, creating always different ones. They change and turn into a constant expansion. 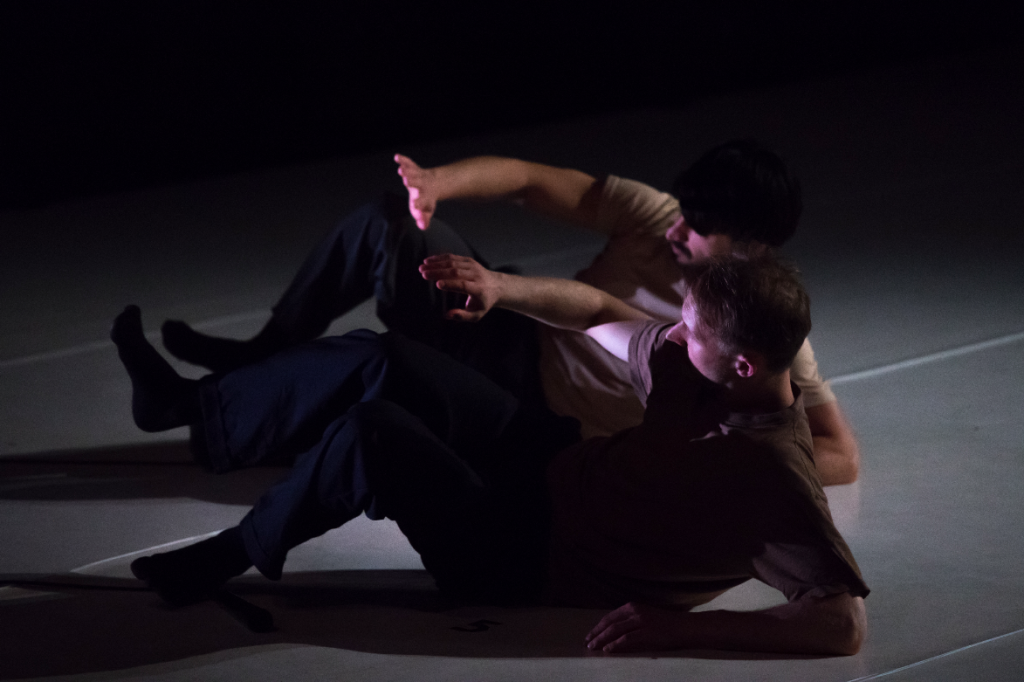 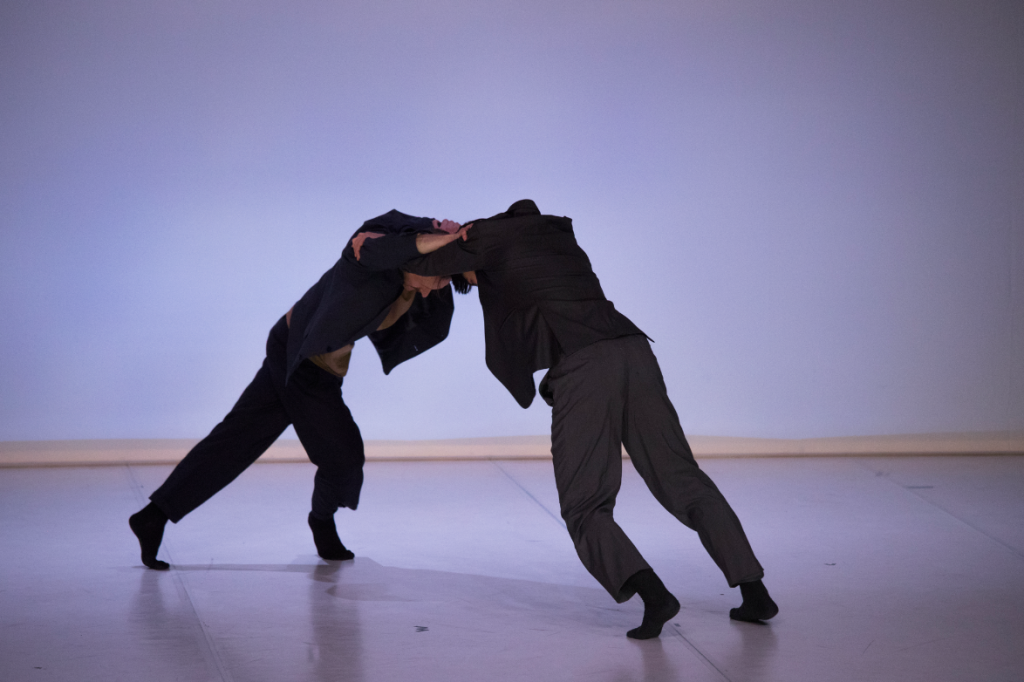 Damiano Ottavio Bigi is an Italian choreographer, dancer and performer. From the Opera of Rome to
DIMITRIS PAPAIOANNOU, passing through several French contemporary dance companies before joining the TANZTHEATER WUPPERTAL directed by PINA BAUSCH, where is a member from the 2005 and still works as a guest. He took part in the movie by Wim Wenders “PINA” (2010).
The meetings of his career led him to cross different creative experiences and visions, enriching his world and inspiring him as a choreographer and pedagogue. In 2016 he is awarded the “Premio Capri Danza International” and in 2020 the “Premio Sfera d’Oro per la Danza”.

Alessandra Paoletti is an Italian actress, director and author, active in the field of research theater, dance theatre and contemporary dance. Graduated from the National Academy of Drama “Silvio D’Amico”, as an interpreter and as a director/choreographer moves through different languages and visions. Among the most significant encounters and collaborations of her artistic career are those with A.Knapp, J.A.Stanzak, T.Ostermeier, J.Muller/Fura dels Baus, J. Sanchis Sinisterra, R.Garcia and L.De Bei, winning with the latter “Le Maschere del Teatro Prize” and the “Golden Graal Award”. She collaborated for several years with the ISTANBUL MUNICIPAL THEATER as a foreign director.

Alessandra Paoletti and Damiano Ottavio Bigi started collaborating with Yuvaya Dönmek, Babam için – Back Home, to my father project for the Istanbul Municipal Theater. Among the works that have marked their collaboration is Marion, a show within Il posto dei racconti project curated by Mimmo Cuticchio and based on L’Orlando Innamorato by Matteo Maria Boiardo, and Jamón en alquiler created with the dancer Africa Manso Asensio for the Festival of Laval Le Chaînon Manquant and Biarritz Le Temps d ‘aimer.

Their work is born in a dialogue with languages of different nature, moving between the genres of dance, theater and visual arts. The essential elements of their creations come out from an exploration that leans on structural, dramaturgical and kinaesthetic compositional schemes often deriving from scientific disciplines. The personal and the emotional are so pressed out from a more analytic creative process that, from time to time, moves new forms of relationships and new perspectives on the body articulation in
space and time. 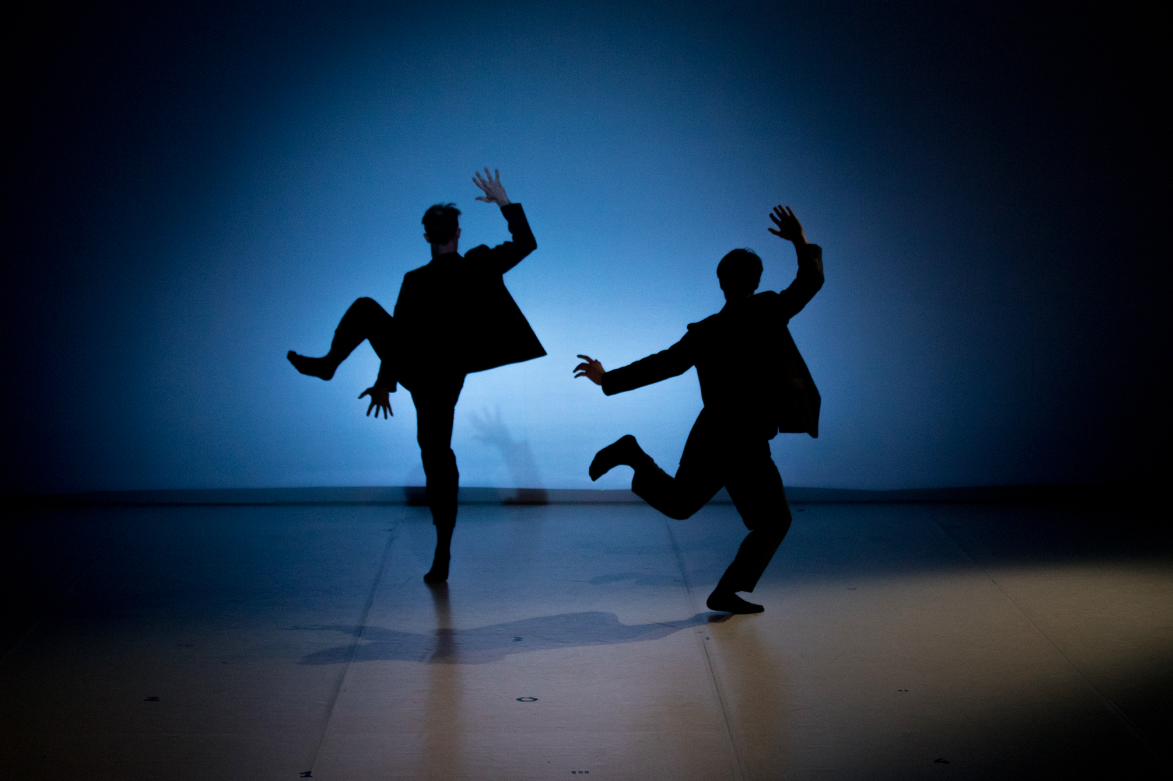 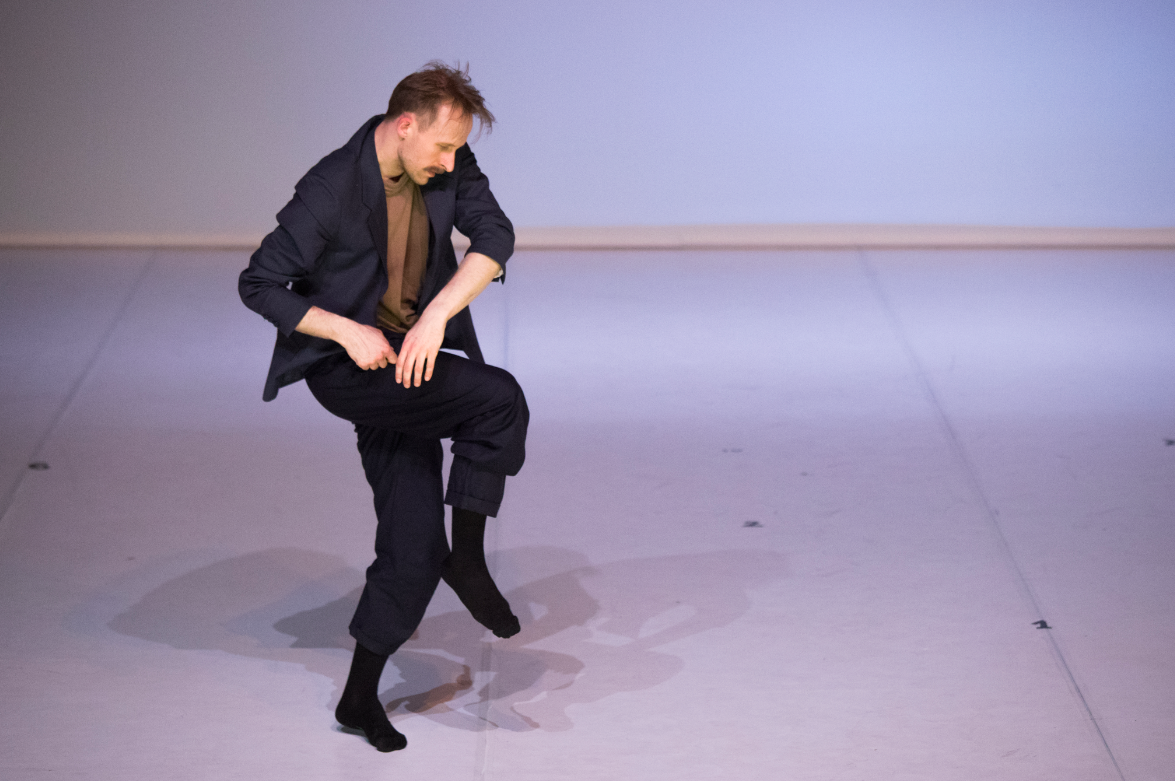