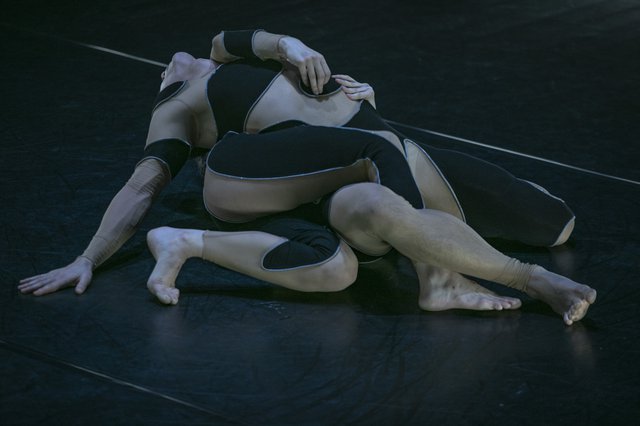 Vanishing Point premiered in Athens, at the Onassis Stegi in February 2020.

A mirror of existence but also the abyss from which a most genuine sense of the unfamiliar is drawn, the body in the work VANISHING POINT forms the basis for a journey that initiates us into a world that sits on the border between the imagination and dark reality. “Dismembered and incomplete at the edges of life” in the words of these two choreographers, the body seems to be both a destination reached and unreachably distant at the same time. In VANISHING POINT, a humanoid being wakes from the depths of an agonizing memory or an otherworldly future. Is this science fiction or some nightmare made a reality? The stage is turned into a mirror of existence, through which the deepest of fears are refracted, with images drawn from the human condition itself.

Taking endless transformations and the plasticity of bodies as its vehicle, this work by Dafin Antoniadou and Alexandros Vardaxoglou places us within the eternal struggle with forces that act on each other in contradictory and yet connective ways as concerns the subject (as in conscious mind): the irresistible desire for union, that serves as a reminder of every symbiotic relationship that seeks to “birth” a new form of life, and the violent separation from the other, that signifies our dual nature that – though seemingly a given – opens itself up every so often to the unknown with a view to attaining totality.

Inspired by both the science fiction genre and contemporary human crises (indications of a truly dark future to come), these two young choreographers have created a scenic environment that places the body at its heart: as the outer limit of existence, and as the border our consciences seek to cross in their struggle to lay claim to a more rounded and holistic outlook on the world in which we live.

The hybrid body appears in both mythological narratives and science fiction stories. A material that is easily molded, the body often becomes a surface onto which our innermost fears are projected, thus giving strange creatures flesh and form – beings that seek to enter into dialogue with contemporary humankind and its history.

This work is the first time Antoniadou and Vardaxoglou have attempted to collaborate and create a choreography together. Nevertheless, these two young artists have made it clear that they don’t want this on-stage partnership to be read through conventional notions of the duet. Their inspirations are drawn from both the visual arts and from film, and they incorporate these clear references into the work’s atmosphere and soundscape. 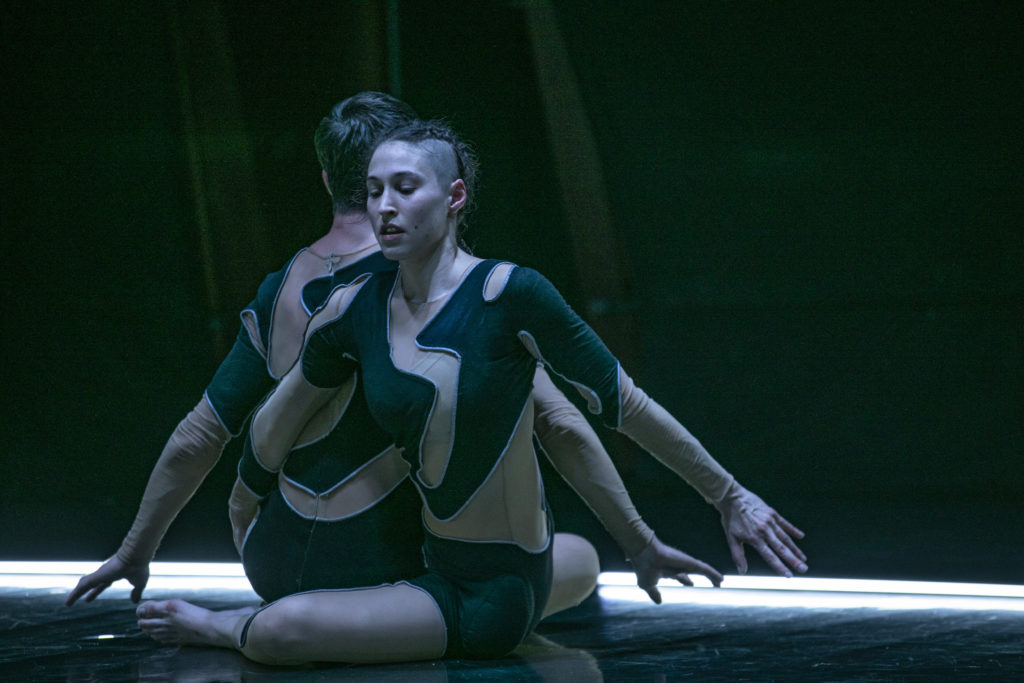 Dafin Antoniadou is a freelance choreographer, performer and dancer based in Athens. In 2016, she graduated first in her class from the Greek National School of Dance (KSOT). She also holds a degree from the Department of Physiotherapy of the Technological Educational Institute of Athens (2014). In 2017 she created her first choreographic work, Matter, in collaboration with composer Constantine Skourlis and artist Stathis Doganis, which premiered at Beton7 Centre for the Arts in Athens. In 2018 she presented Fos in the context of Onassis Cultural Centre’s Borderline Festival, another fruit of her collaboration with Constantine Skourlis.

Furthermore, she worked with Rafika Chawise on the multidimensional performance/ installation AnimaCaptus – Troades, which was presented at the Benaki Museum in Athens. The project was supported by the National Museum of Contemporary Art (EMST) and the NEON Organisation for Culture and Development. In 2019 she performed in Efi Birba’s performance piece Don Quixote, 2nd Book, chapter 23 and choreographed Rafika Chawise’s Europeana, produced jointly by the Greek National Opera, Ibsen Awards and Lineculture.

In 2020, her new choreographic work Vanishing Point premiered at Onassis Cultural Centre’s New Choreographers Festival 7. The work is the result of her collaboration with dancer and choreographer Alexandros Vardaksoglou. Moreover she created “Echoes of an Inner Universe”, a short film, in collaboration with the Tokio- based fashion atelier DEVOA and its founder Daisuke Nishida. On the same year, she was awarded the ARTWORKS fellowship by SNFCC(Athens)in recognition of her artistic skills and qualifications and played in acclaimed director Yorgos Zois´ short film “Touch Me”.

Alexandros Vardaxoglou (b. 1986) graduated from the “Modern Times” theatre school and the State School of Dance (KSOT) in Greece and received his postgraduate degree in Acting at RADA (MA Lab Course 2015-16). He works as a dancer, choreographer and actor since 2012.He has collaborated with several dance companies and choreographers in Greece and abroad, such as Andonis Foniadakis, Marianna Kavallieratos, Christos Papadopoulos and Johannes Wieland.

Most recently he has created “ Vanishing Point” with fellow choreographer Dafin Antoniadou which premiered at New Choreographers Festival 7 at Onassis Cultural Center and choreographed the movie Brutalia by Manolis Mavris. He has also worked as an actor in cinema and theatre with acclaimed directors. More specifically he starred in the film Interruption by Yorgos Zois which premiered in Venice FIlm Festival in 2015, and was awarded with the newcomer award at Athens International Film Festival. He also starred in the film Third Kind by Yorgos Zois which premiered in Cannes Film Festival in 2018. 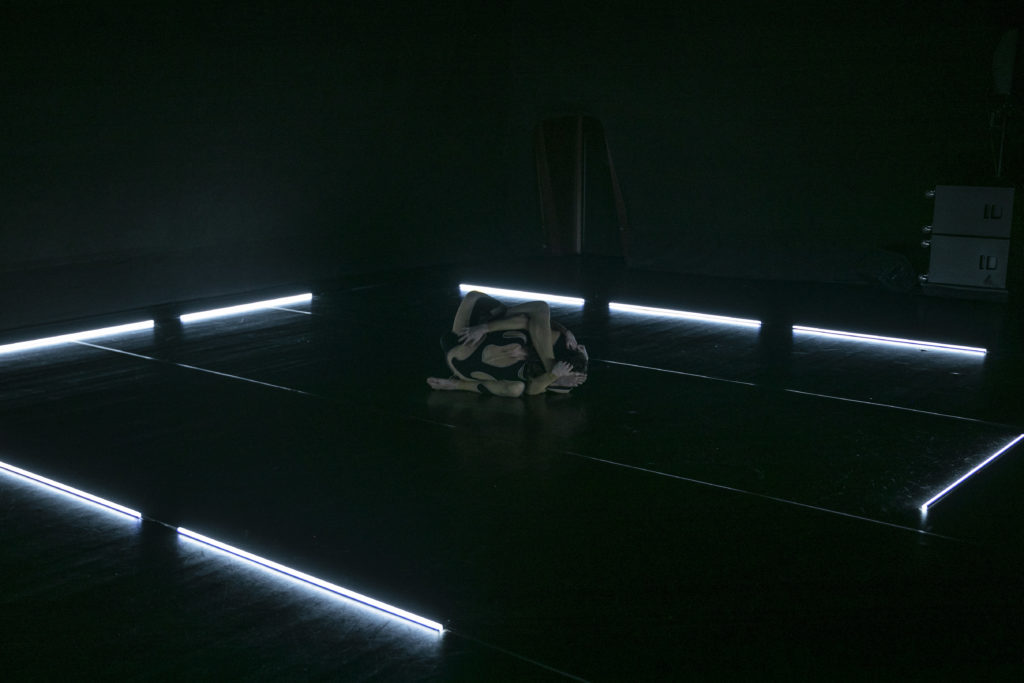 VANISHING POINT is presented with the support of ONASSIS STEGI. 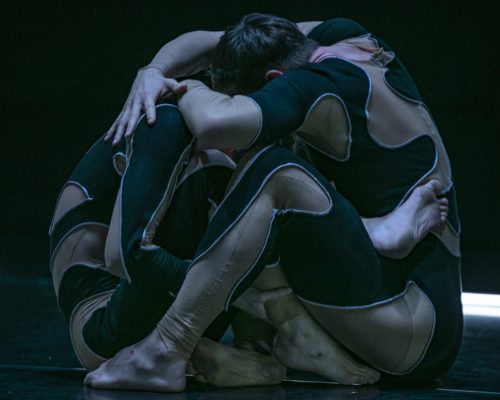 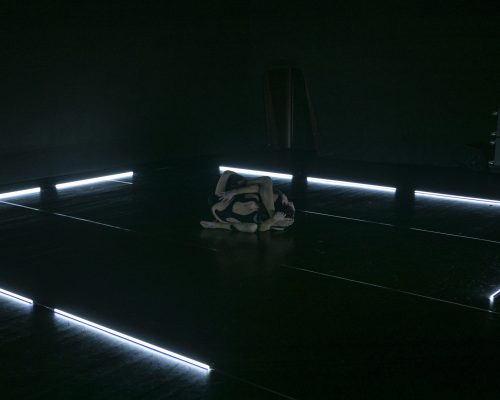