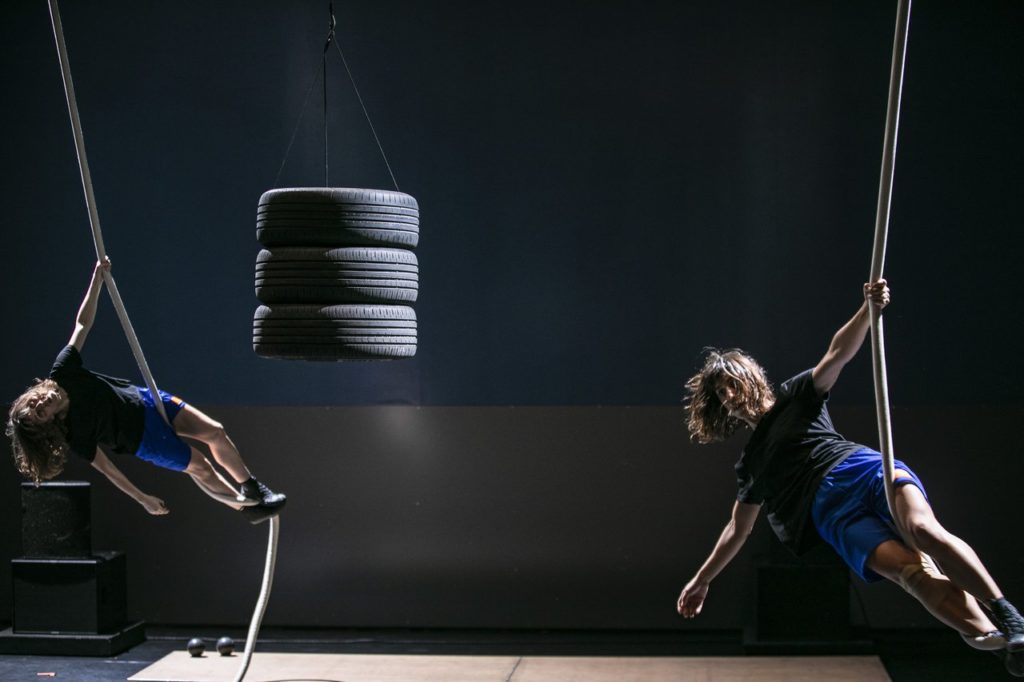 ZEPPELIN BEND is a duet, which through exceptional discipline and psychedelic imagination, combines dance, movement and sound. In a world where the states “firmly on the ground” and “high in the clouds” are often accepted as methods of survival, choreographer Katerina Andreou seeks the hidden truths of freedom and reality, while focusing on the strength of the body, its energy and movement.

The term “zeppelin bend” refers to the creation of a tied knot with numerous applications: a type of joining that can be understood both metaphorically, as a tie that binds us to someone or something, and literally, as a knot. Andreou situates her duet within the logic of this “choreographed co-existence”; the intention being not to praise duality exactly, but rather to concentrate on difference as the prerequisite for exploring the fine ties that bind us somehow to the other and keep us fettered. Andreou situates two basic concepts at the core of her work: free will, and the techniques and technologies that hide behind various body practices and cultures, be they new physical fitness trends, or meditation and self-exploration exercises – all the symptoms of discipline or self-help mechanisms that help us to discover the limits of the self, at times through the logic of conformity and at others through an insistence on freedom. 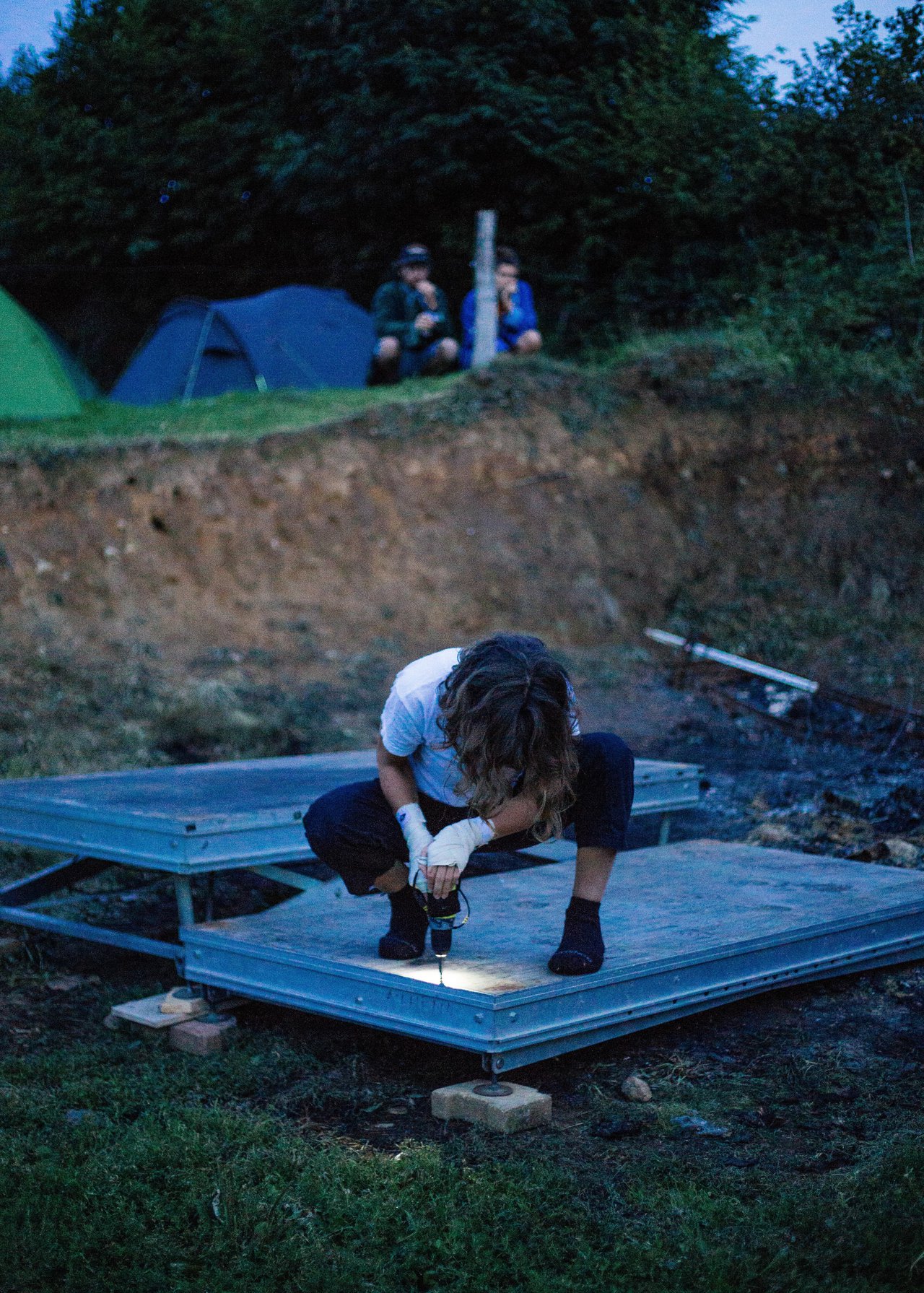 Katerina Andreou is a dance and music creator and choreographer, based in France.

Born in Greece, she graduated from the University of ATHENS’ Law School and the State School of Dance in ATHENS. As a scholar of the Greek foundation ‘Pratsika’, she attended the program ESSAIS in CNDC d’Angers in 2011, under the direction of Emmanuelle Huynh, and holds a master’s degree from Paris 8 on research and choreography. She was a Danceweb scholar at Vienna’s ImPulsTanz festival in 2015. As a dancer, she has collaborated, among others, with DD Dorvillier, Αnne Lise Le Gac, Lenio Kaklea, Bryan Campbell, Emmanuelle Huynh. In her own work, she is interested in developing states of presence sorting out from a constant negotiation between contrasted tasks, fictions and universes, often questioning the relation to ideas as authority and autonomy, communication and censorship. She often creates the sound design and/or the music of her own pieces. She was awarded the choreography prize ‘Prix Jardin d’Europe’ in ImPulsTanz 2016 for her solo dance piece “A kind of fierce,” a coproduction of ATHENS & Epidaurus Festival. She is also a Panorama Artist of the network Departures and Arrivals (DNA), and an Aerowaves 2019 network artist, with her solo “BSTRD,” an ONASSIS STEGI co-production.

With the support of: Dance Reflections by Van Cleef & Arpels.

ZEPPELIN BEND & FOCUS GREECE are presented with the support of ONASSIS STEGI. 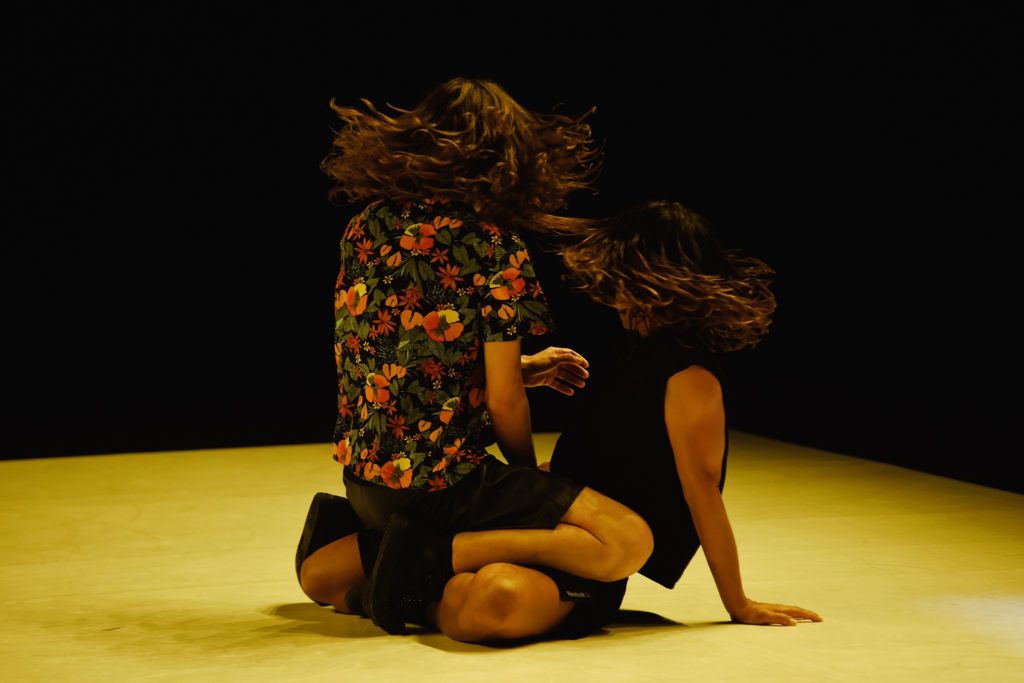